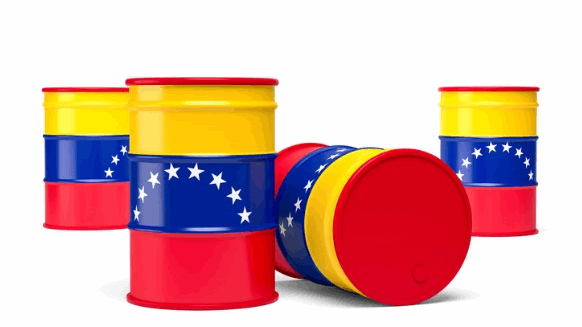 Reliance Industries Ltd, which runs the biggest refinery in the world in Jamnagar and accounted for 25% of Venezuela’s exports last year, has no plans at the moment to make future purchases, according to people with knowledge of the situation who asked not to be identified because the information isn’t public.

It is the latest buyer to shun oil produced by the regime of Nicolas Maduro after U.S. refiners, China National Petroleum Corporation and Rosneft Trading SA cut off supplies amid sanctions on Venezuela’s oil sector.

The last time Reliance loaded a Venezuelan oil cargo was in March, and it received the cargo in May, data compiled by Bloomberg show. Reliance bought 117,650 barrels a day of Venezuelan crude this year, down 46% compared with last year, as the country’s oil production slumped. Since June, Venezuela has been shipping crude to China, Cuba, Spain and Italy. Cargoes to Europe are being used to settle old debts and don’t generate much-needed cash for the regime.

Reliance has been feasting on oil from the U.S., Colombia and Ecuador, the data show. Last year the Mumbai-based refiner resumed oil imports from Venezuela for payment in diesel, actions that were compliant with sanctions, it said. Reliance and Petroleos de Venezuela SA didn’t immediately return emails seeking comment.

Home to the world’s largest oil reserves, Venezuela has been struggling to sell cargoes after the last rounds of sanctions targeted maritime companies transporting its oil and Mexican traders Libre Abordo SA de CV and Schlager Business Group, the top buyers of oil produced by Caracas. Exports plunged to levels not seen in the past 73 years in May and are expected to fall further in June.

To contact the editors responsible for this story:
Mike Jeffers at mjeffers2@bloomberg.net
Catherine Traywick