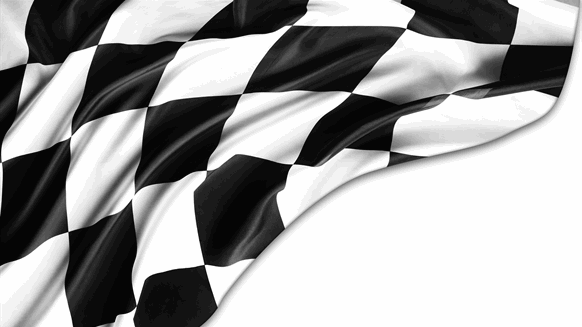 Global markets are going to have to wait at least two more years before any new LNG supplies from the U.S. come online.

While the US filled some of the supply gap by exporting huge quantities of liquefied natural gas from its seven plants, global markets are going to have to wait at least two more years before any new LNG supplies from the US come online. Three large-scale projects requiring more than $30 billion of financing are now under construction in Texas and Louisiana, yet none will be ready next year.

Two of the projects, Golden Pass LNG near Port Arthur, Texas, and the first phase of Plaquemines LNG, along the Mississippi River about 25 miles south of New Orleans, are expected to begin production in 2024, setting up a race to see which will be the eighth US export terminal. The third project, by Cheniere Energy, the US’s largest LNG exporter, will expand an existing plant in Corpus Christi and won’t begin production until late 2025.

Natural gas traders, government officials and industry observers will spend the next few years watching the projects for any signs of delay or movements ahead of schedule.

Golden Pass is a joint venture between industry titans Qatar Energy and Exxon Mobil. It began construction in May 2019.

Plaquemines, a project by the closely held Virginia-based developer, Venture Global LNG, quietly started construction in August 2021. Venture Global pulled off a near-miracle in January 2022 when it began production at its first LNG plant, Calcasieu Pass in Cameron, Louisiana, in a record 29 months after securing financing. Many wonder if it can repeat or beat that success with Plaquemines.

Using regulatory filings and satellite images, Michael Webber, co-founder and managing partner of New York consulting firm Webber Research, said the race is a “dead heat” but that Venture Global’s construction approach gives it an edge. It’s using a modular process in which sections of the plant are built offsite and shipped to Plaquemines, where they are dropped into place, akin to snapping Lego blocks together. Golden Pass, on the other hand, is using the traditional approach by building everything onsite.

Natural gas is a plentiful fuel that, when burned, emits less carbon dioxide than oil and coal. And in its super-chilled form, it’s easy to store and transport on ocean-faring tankers. Seeking to stay warm this winter and keep manufacturers humming, European nations have been paying a premium for those cargoes.

The US began exporting LNG in force in 2016 and now has seven plants that can ship the fuel overseas. One of those terminals, Freeport LNG in Quintana, Texas, remains shuttered following a June 8 fire. Once Freeport is back in full service, possibly at the end of the year, the seven plants will be able to export a combined 13.9 billion cubic feet of natural gas per day, figures from the Energy Information Administration show. At the end of 2019, the US’s peak capacity sat at 11.6 billion cubic feet per day.

Adding more capacity is a Herculean financial, engineering and environmental feat. The multi-story plants occupy hundreds of acres of land and have miles of winding pipes that move natural gas, which must be cleaned of contaminants and then cooled to -260 degrees Fahrenheit. At that point, it becomes a liquid that can be stored in giant insulated tanks large enough to fit a cargo plane.

An LNG plant “has a lot of moving parts and a lot of these moving parts have never moved together before,” Golden Pass LNG Chief Commercial Officer Jeff Hammad said Oct. 13 at the Gulf Coast Energy Forum in New Orleans. “It’s big and expensive. It’s technically complex. And it takes a long time to plan and execute.” Here is the status of the US’s major LNG projects:

On a balmy and windy day in early November, the Golden Pass site was abuzz as thousands of workers carrying backpacks began arriving on buses from parking lots miles away. Noisy trucks entered delivery gates by the dozens and construction cranes dotted the sky. The site has 5,000 workers now and as many as 2,500 more are expected to arrive next year for the project’s peak.

Golden Pass began commercial operations as an import terminal in 2011 but the shale revolution and rising US natural gas production prompted a switch to exports. Qatar Energy and Exxon Mobil reached a final investment decision in February 2019. Once complete, the project’s three production units known as trains will make 18 million tons of LNG per year, or more than 230 cargoes’ worth.

The $10 billion export project got a slow start with regulatory delays that included waiting nearly five years for a key federal permit. Webber said construction fell behind schedule and ran over budget even before the coronavirus pandemic and a busy hurricane season hit in 2020. While the plant is seeking to make up for lost time, production may not begin until 2025, he said.

Golden Pass, however, has not wavered from its original guidance for production to start in 2024. The self-funded project has deep-pocketed owners that provide independence and financial security that other exporters lack. Reflecting their ownership stakes, Qatar will take 70% of production while Exxon will take 30%.

Venture Global secured $13.2 billion of financing in May to build the first phase of its Plaquemines export terminal. The project will make 10 million tons of LNG per year, or about 130 cargoes.

Contractors KBR and Zachry Group have wasted no time. The plant is being built just outside of Myrtle Grove, Louisiana, on the west side of Louisiana Highway 23, where a 26-foot storm surge wall is already taking shape. The docks and LNG loading arms are being built on the east side of the highway along the Mississippi River.

Site work at Plaquemines began in August 2021 with Venture Global ordering its modular equipment from Baker Hughes in March, two months ahead of securing financing. Venture Global has yet to pull the trigger on the second phase of Plaquemines to make another 10 million tons of LNG but the company has already sold 80 percent of planned production and ordered some equipment.

Cheniere Energy, the largest US LNG exporter, secured $5.5 billion of financing in June to expand its Corpus Christi LNG plant. Flush with cash from burgeoning exports, the company expects to self-fund the remaining costs, without saying what the amount will be.

Already under construction by contractor Bechtel, the project will boost LNG production by 10 million tons per year, adding about 130 cargoes. Cheniere Energy expects to begin production by the end of 2025.

Once complete, Cheniere will be able to make and export a combined 55 million tons of LNG each year. Those volumes will allow the company to keeps its crown as the top US LNG exporter and the second largest in the world.

There are three US LNG export projects that have started construction but have yet to reach a final investment decision. Sempra-owned Port Arthur LNG and NextDecade-owned Rio Grande LNG signed several supply deals with overseas customers after the invasion of Ukraine. The two projects gave contractors limited notices to proceed, allowing for some construction ahead of securing financing.

In late March, Houston-based Tellurian used its own funds to give Bechtel a limited notice to proceed on the first phase of its Driftwood LNG project. Phase one is designed to begin producing 11 million tons of LNG by 2026 but financing hit a snag in September when Tellurian withdrew a $1 billion high-yield bond offering and lost two of its three supply deals.

Tellurian’s board chair, Charif Souki, vowed to pick up the pieces by finding equity partners and new customers. But there are skeptics. In a recent overview of US LNG projects, Bloomberg Intelligence said Driftwood “has a poor probability of being built.”

Souki and his company, however, remain determined. The company on Tuesday released a video of construction at the site, where 200 workers are clearing land, installing pilings, pouring concrete foundations and building berms for floodwater protection.

--With assistance from Raeedah Wahid.

To contact the author of this story:
Sergio Chapa in Houston at schapa2@bloomberg.net