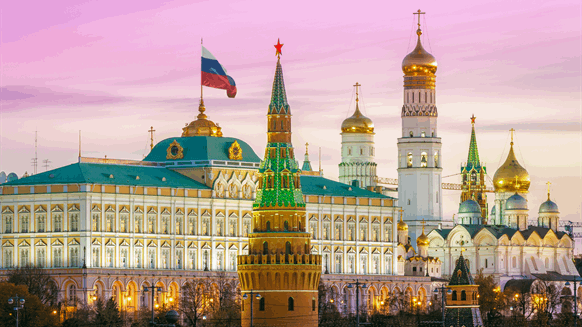 President Vladimir Putin signed a decree to transfer operations of the Sakhalin-1 oil and gas project to Russia.

President Vladimir Putin signed a decree to transfer operations of the Sakhalin-1 oil and gas project to Russia, a move that could lead to the final withdrawal of Exxon Mobil Corp. from the nation’s Far East.

A new Russian legal entity will take over the rights and responsibilities of the current investor consortium and the operator, Exxon Neftegas Limited, according to Friday’s notice.

Foreign stakeholders have a month to declare if they’ll maintain their stakes in the new company. Those who opt out will be eligible for compensation, adjusted for the potential losses that emerged earlier this year amid a halt in Sakhalin-1’s production. Exxon stopped output following Russia’s invasion in Ukraine.

The project’s shareholders are Exxon Mobil, Rosneft PJSC, Japan’s SODECO and Oil & Natural Gas Corp. of India. Exxon said in early August that it was in talks to hand over its 30% stake to an unidentified third party, but the following day day Putin issued a decree barring the exit of foreign shareholders from several strategic projects, including Sakhalin-1, until year-end. Exxon is challenging the decree.

Putin in July signed a similar decree about transferring operations of the Sakhalin-2 natural gas project to a Russian entity.

Shell Plc, with a 27.5% stake in that facility, said it was “entirely unlikely” it would take a stake in the new Sakhalin entity, while Japanese firms Mitsubishi Corp. and Mitsui & Co. decided to maintain investments in a key Russia LNG plant.