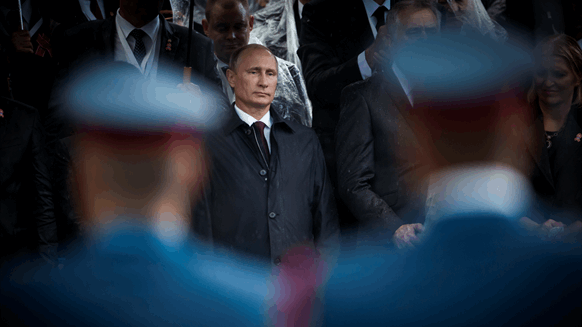 The Mexican oil hedge helped the country receive massive windfalls in every downturn over the last 20 years.

Mexico has used a similar system for the past two decades via put options the government buys from a small group of investment banks and oil companies. The country banks all gains when oil rallies but enjoys the security of a minimum floor.

Russia’s finances took a big hit this year when oil prices collapsed amid global coronavirus lockdowns and a price war with Saudi Arabia. A budget deficit will mostly be filled by extra borrowing to avoid eroding currency reserves that may be needed in future oil price slumps.

Under the proposal to be considered in Russia, the government would use money from its wealth fund to buy the put options, which would generate profits if oil prices fell, Interfax reported. Officials are to produce a more detailed plan by the end of this month.

Spokesmen for the Kremlin and the Finance and Energy Ministries didn’t immediately respond to requests for comment. Russia has considered the hedging idea in the past but never adopted the plan.

The Finance Ministry already has a system for protecting the budget against swings in oil prices, using revenue when crude trades above $40 to buy foreign exchange for the national wealth fund.

The Mexican oil hedge cost the government about $1 billion annually in recent years, but it meant that the country received massive windfalls in every downturn over the last 20 years. The Mexican government estimates it may make roughly $6 billion in 2020.

Despite Mexico’s success, no other major oil-producing country has followed suit with a similarly large hedge. Russia held advanced talks with Goldman Sachs and Morgan Stanley in 2009 on a similar deal but ended up opting out of the proposal, according to people familiar with the talks.

To contact the editors responsible for this story:
Gregory L. White at gwhite64@bloomberg.net
Torrey Clark