Private Equity Needs Long-Term Approach to Cash in on Shale 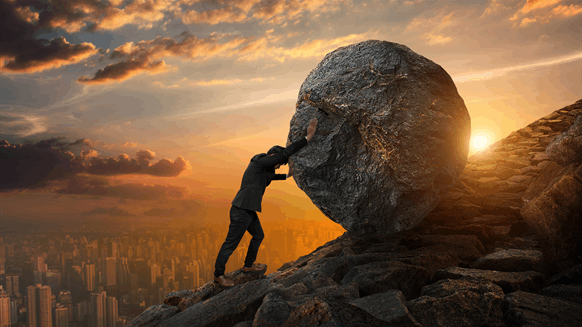 For private equity, the game plan for cashing in on the U.S. shale boom is shifting from quick flips to long-term commitments, according to one veteran energy investor.

(Bloomberg) -- For private equity, the game plan for cashing in on the U.S. shale boom is shifting from quick flips to long-term commitments, according to one veteran energy investor.

With big, publicly traded drillers less eager to spend on acquisitions, private explorers that once counted on being gobbled up in three to five years are having to recalibrate, Howard Newman, chief executive officer at New York-based investment firm Pine Brook, said in an interview last week. Investors may now need to stick around for a decade of drilling and development before companies reach “full value,” he said.

“Your challenge really is to optimize the play, rather than just find the play,” said Newman, whose firm manages $6 billion in investments, with stakes in oil and gas ventures from Texas to Oklahoma and Canada. “You should be prepared to take it all the way through to development."

With the shale business maturing beyond its early, land-rush years, energy exits have gotten harder for private equity. Public drillers who’d once served as natural acquirers now face pressure from their own investors to rein in spending.

The result: So far this year, equity firms announced or completed 43 oil and gas deals in North America, down from 59 last year and 73 in 2016, according to Bloomberg data. Acquisition values have totaled $9.5 billion, from about $15 billion the past two years.

A Pine Brook energy company hasn’t announced a sale or initial public offering since March 2017, when Brigham Resources LLC was acquired for $2.43 billion.

Pine Brook has always focused on “building up” companies for the long term, said Newman, who spent 30 years managing energy investments at Morgan Stanley and Warburg Pincus LLC before co-founding the equity firm in 2006. He expects consolidation among private explorers, as investors with shorter time frames bow out and companies try to reach a critical mass of drilling acreage and expertise.

“You have to build a business that will generate earnings and cash flow, rather than just inventory that you can sell to somebody,” Newman said. “Fundamentally you have to look at a project and say ‘Can I get this to a point where its full-cycle economics justify my putting money into it?”’