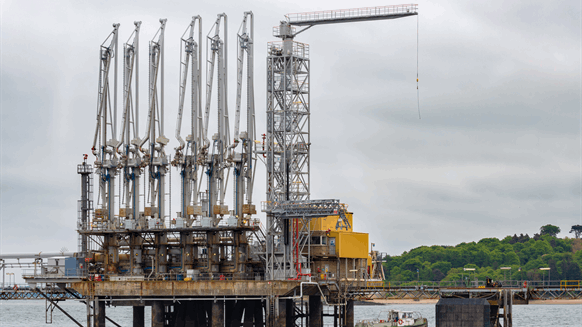 The winner would gain a major production boost in a region that is increasingly being run by smaller independent companies.

(Bloomberg) -- Israel’s Delek Group Ltd. and U.K. chemicals company Ineos Group are emerging as the front-runners for a package of North Sea oil and gas fields put on sale by Chevron Corp., according to people familiar with the matter.

The two companies are ahead of Premier Oil Plc, Chrysaor Holdings Ltd. and Oman’s Petrogas, which also submitted bids late last month, the people said. The fields could fetch as much as $2 billion, they said, asking not to be named because the matter is private.

The winner would gain a major production boost in a region that is increasingly being run by smaller independent companies. Chevron, which last week agreed to buy Anadarko Petroleum Corp. for $33 billion, is looking to exit the North Sea as it increases focus on areas such as U.S. shale.

The sale process could take several more weeks, and may not lead to a deal, the people said.

Chevron said last year it’s looking to sell all its U.K. central North Sea assets, including the Alba, Alder, Captain and Erskine fields as well as the Britannia, Elgin/Franklin and Jade non-operated projects.

The sale was announced before Chevron said it would offload as much as $20 billion of assets in the three years starting 2020 to help pay for the Anadarko purchase.