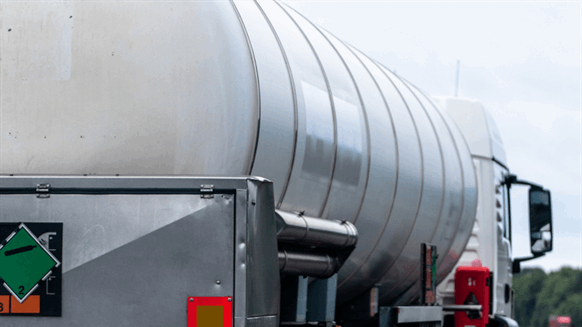 Portuguese truck drivers are threatening to boycott government orders to deliver fuel to gas stations and airports on the third day of a strike over pay conditions.

(Bloomberg) -- Portuguese truck drivers are threatening to boycott government orders to deliver fuel to gas stations and airports on the third day of a strike over pay conditions.

“We’re not going to comply with the minimum services,” said Pedro Pardal Henriques, a spokesman for the National Union of Hazardous Materials Haulers. “We’re tired.”

Portugal is attempting to maintain gas supplies at the height of the tourism season that the country’s economy relies on. Energy Minister Joao Fernandes said late on Tuesday that authorities had identified 14 truck drivers that failed to comply with a civil order to deliver fuel supplies, which is a crime of disobedience.

“These people are saying they don’t want to work in solidarity with their colleagues,” said Pardal Henriques, the union spokesman. “If one of their colleagues goes to jail, the others will also go to jail.”

Earlier this week, the government set up rules that demand truckers maintain 50% of fuel deliveries to gas stations and 100% to airports. At 10:20 a.m. local time, almost a third of Portugal’s 3,003 petrol stations were partially or totally out of fuel, according to the Ja Nao Da Para Abastecer website, which tracks data on the number of pumps in Portugal based on information it receives from citizens.

ANA-Aeroportos de Portugal SA, which operates the country’s airports, said in a statement on Tuesday that while there were no flight disruptions, the supply of fuel wasn’t at a level that would allow restrictions on refueling for airlines at Lisbon’s airport to be lifted. Officials at ANA were not immediately available on Wednesday to comment on the truck drivers protest.

To contact the reporter on this story:
Henrique Almeida in Lisbon at halmeida5@bloomberg.net

To contact the editors responsible for this story:
Joao Lima at jlima1@bloomberg.net
Zoe Schneeweiss, Jana Randow