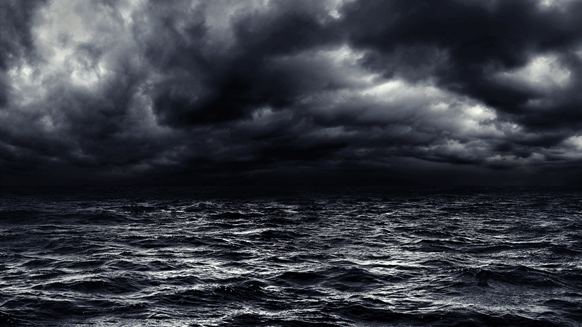 The port's top official said in an interview on National Public Radio that recovery would take weeks.

(Bloomberg) -- Port Fourchon, America’s biggest base supporting the U.S. Gulf of Mexico offshore oil industry, appears to have largely withstood a powerful punch left by Hurricane Ida after the Category 4 storm tore through the Louisiana community.

“While damaged, we are hopeful in the fact that a lot of key infrastructure remains and looks to have stood up well to the onslaught of this historic hurricane,” Thad Angelloz, a spokesman for the Greater Lafourche Port Commission, said Tuesday in an email. “We have fully transitioned to our recovery phase where we enter the Port and access the area’s roadways, waterways and facilities.”

It’s a slightly more upbeat outlook after the port’s top official said in an interview that aired earlier in the day on National Public Radio that recovery would take weeks.

“How many weeks is a good question,” Chett Chiasson, executive director of the Greater Lafourche Port Commission, said in the radio interview. “We have a long road ahead of us and there’s a lot of damage for us to assess and try to recover from.”

Damage to the port, which services about 90% of output from U.S. Gulf deepwater oil and natural gas wells, is extensive and widespread, Chiasson said. Louisiana Highway 1 will need to be cleared of debris for heavy equipment to travel south to the port, while navigable waters around the port will have to be surveyed for safe travel, he said.

“Right now the main thing is clearing the roadways to provide for safe travel down to the Port,” Angelloz said. “We internally as a team have reached the Port and begun looking first hand at the things we can.”

In addition to power and water being out in the area, the workers themselves are also busy assessing their own home damage, Chiasson said.

“Many stayed, many left,” he said. “You have some facilities that are in pretty good shape -- maybe just some cosmetic damages and others that are completely destroyed.”

More than 250 companies working in the U.S. Gulf use Port Fourchon as a base of operations. It’s a key transit point for multiple crude pipelines that receive barrels produced from the Gulf of Mexico. From Fourchon, pipes head to hubs in Clovelly and St. James, which host large storage facilities and terminals.

The Louisiana Offshore Oil Port, a facility that receives crude flowing on pipes connected to offshore oil platforms, is also based at the Fourchon harbor. Known more commonly as LOOP, it handles as much as 15% of the nation’s crude oil supply. It also operates a marine terminal, some 45 miles (72 kilometers) offshore that handles imports and exports of crude transported by tanker.

Beyond Port Fourchon itself, the 278 oil-production platforms that were evacuated in the Gulf must also get workers flown back out via helicopter in order to restart operations. But even the helicopter companies are tied up evaluating their coastal facilities.

“Our crews will need to do some inventory over the next few days,” Adam Morgan, a spokesman for helicopter operator Bristow Group Inc., said Monday in an email. “It will be some time before we are in a position to provide any further updates.”

West Texas Intermediate, the U.S. oil benchmark, fell 71 cents to settle at $68.50 a barrel in New York on Tuesday amid larger discussions of global crude supply. OPEC and its allies expect global oil markets will continue to tighten this year even as they revive output, but then flip into surplus again in 2022.

About 94% of oil and gas output had been shut-in as of Tuesday, according to the Bureau of Safety and Environmental Enforcement.

In the next couple of days Port Fourchon will have better information on what the true damages are, Chiasson said. But every day that that production remains shut is another day of limited fuel supplies, he said.

“Prices at the pump, fuel for vehicles, are going to go up because there’s no efficient services for the offshore oil and gas industry,” he said. “It’s certainly not back up and running.”