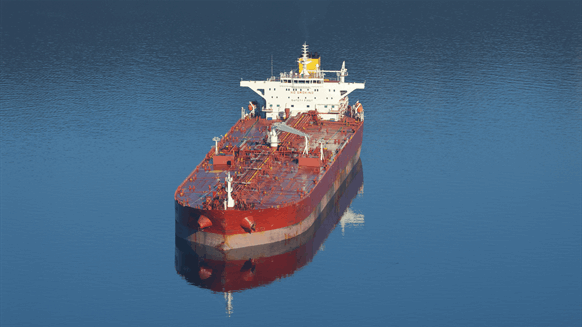 Pirates boarded a fully loaded supertanker off the coast of Nigeria, and nineteen crew were kidnapped and remain missing.

(Bloomberg) -- Pirates boarded a fully loaded supertanker off the coast of Nigeria, an act that is sure to ring alarm bells for insurers about the risk of collecting oil from Africa’s biggest producer.

Nineteen crew were kidnapped and remain missing, a spokeswoman for Navios, the ship’s owner said by phone Wednesday. The incident happened late Tuesday about 77 nautical miles from Bonny Island, a key loading point for Nigerian crude. The vessel had only recently collected its cargo.

The waters of the Gulf of Guinea have suffered from sporadic incidents of piracy for a few years, but an attack on a supertanker is a rare event. Nigeria suffered a spate of militancy that crippled its oil industry in 2016, but it rarely strayed into shipping.

Out of 95 attacks worldwide where hijackers boarded the vessel in the first nine months of 2019, 17 took place in Nigerian waters, according to data from the International Maritime Bureau, a piracy watchdog. As a region, the Gulf of Guinea accounts for for almost 82% of the crew kidnappings globally.

The crew that didn’t get kidnapped were able to sail the vessel to a safe location, the Navios spokeswoman said, adding that the company’s priority is the safe return of those who are missing.

The vessel, the Nave Constellation, can carry 2 million barrels of oil. It was full when it was hijacked and there was no damage.

To contact the reporter on this story:
Olivia Konotey-Ahulu in London at okonoteyahul@bloomberg.net

To contact the editors responsible for this story:
Alaric Nightingale at anightingal1@bloomberg.net
Rakteem Katakey

Dr. Akinseye Olatokunbo Aluko  |  December 08, 2019
It's quite a shame we are still experiencing this kind of setback within the Nigerian territorial waters. There is a lot to be done by both the Nigerian Maritime Industry under the leadership of the Federal Government (Governmental will power) and International Oil Companies (IOCs).