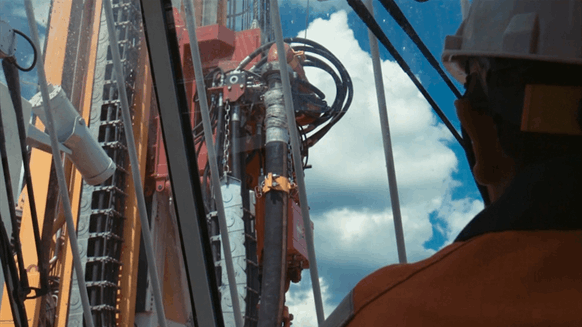 Some drillers in the biggest North American oil field are reopening wells shut in response to the pandemic-driven price collapse, according to pipeline giant Energy Transfer LP.

(Bloomberg) -- Some drillers in the biggest North American oil field are reopening wells shut in response to the pandemic-driven price collapse, according to pipeline giant Energy Transfer LP.

In the Permian Basin’s Midland region, about 8% of oil volumes that feed Energy Transfer’s pipe network had been shut at the start of the month, Mackie McCrea, the company’s chief commercial officer, said during a conference call on Monday.

The reopening of wells shut for as little as a few weeks may undermine U.S. President Donald Trump’s pledge to assist a coalition of OPEC and allied oil producers like Russia in taming a global gut. Trump, for his part, indicated U.S. output could be trimmed by 2 million barrels a day, albeit by market attrition rather than government-imposed quotas.

McCrea didn’t say how many barrels of Permian production has been restored. His comments came as drillers including Continental Resources Inc. and Callon Petroleum Co. announced additional oil curtailments. American drillers have disclosed plans to halt more than 600,000 barrels of daily output through the end of next month, Rystad Energy said last week.

But Energy Transfer said the industry probably has made it through the worst of the price crash triggered by Covid-19 lockdowns that zapped demand. “We see that things have bottomed out in our opinion and that things are improving,” McCrea said.

Oil producers have generally been vague about when they’ll ramp output back up, though some have hinted that oil prices in the high-$20s or low-$30s could be sufficient. While several drillers have said they’ve “voluntarily” curtailed production, others have had their hand forced by rapidly filling storage capacity.

Energy Transfer has already said it’s seeking to free up space on a couple of its Texas pipelines so it can offer more storage space. And on Monday, the company said it had reserved about 6.2 million barrels of crude storage capacity in the U.S. government’s Strategic Petroleum Reserve.

To contact the editors responsible for this story:
Simon Casey at scasey4@bloomberg.net
Joe Carroll, Catherine Traywick

JAMES E ANTHONY  |  May 13, 2020
This is exactly why the Texas RRC should have done their job and come up with a plan to manage the whole of Texas petroleum resources.