Pioneer to Acquire Parsley in $4.5B Deal 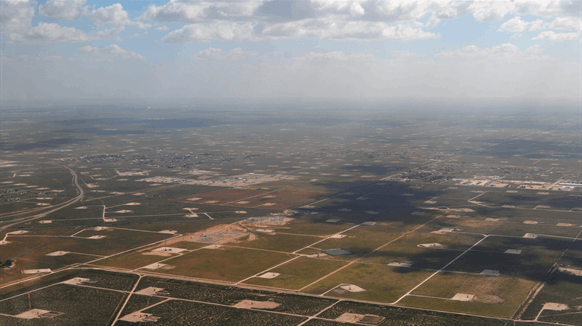 It's the latest in a flurry of US shale sector mergers.

Pioneer said Tuesday in a statement the transaction represents a 7.9% deal premium for Parsley holders based on closing prices from a day earlier, just before talks between the companies were first reported. The deal will lead to $325 million of cost cuts and add to earnings in its first year, the Irving, Texas-based company said.

The sector is in full-on merger mode with more than $30 billion of transactions announced or completed in the past few weeks. ConocoPhillips announced Monday its $9.7 billion takeover of Concho Resources Inc., while earlier this month Chevron Corp. completed its takeover of Noble Energy Inc.

A plunge in oil prices to around $40 a barrel due to the Covid-19 pandemic is putting pressure on energy companies all around the world, particularly in the U.S., where many debt-laden shale operators are losing money. Investors have increasingly lost patience with the sector and some have called for consolidation to reduce costs and borrowing costs.

“The inevitable consolidation in the Permian marches on,” Wil VanLoh Jr., a Parsley director and chief executive officer of Quantum Energy Partners, the largest investor in the company, said in the statement.

A Pioneer-Parsley combination creates one of the largest players in the prolific Permian Basin of West Texas and New Mexico, which produces more oil output than every OPEC member except Saudi Arabia. The newly enlarged Pioneer’s production in the shale formation would grow by more than 40% to the equivalent of roughly 558,000 barrels of oil a day, according to regulatory filings and data from energy analysis firm Enverus compiled by Bloomberg, rivaling only Occidental Petroleum Corp. and Chevron Corp.

Initial reports of the deal talks between Pioneer and Parsley raised eyebrows among some onlookers because Pioneer Chief Executive Officer Scott Sheffield is the father of Parsley chairman Bryan Sheffield. More of the family’s wealth is tied up with Parsley than Pioneer, according to data compiled by Bloomberg.

The deal already appears to have strong support from two of Parsley’s top shareholders. Bryan Sheffield’s stake in Parsley is amplified by his holdings of Class B shares, which give him overall voting power of 7.8%. Quantum Energy Partners holds a further 17% of the stock and said it supports the deal.