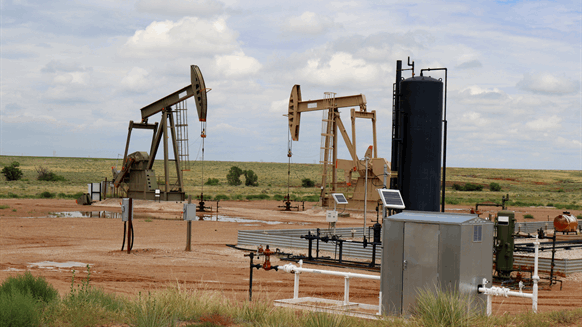 U.S. shale producers risk another oil-price war with OPEC and its allies if they resume the breakneck production growth, according to Pioneer Natural Resources.

(Bloomberg) -- U.S. shale producers risk another oil-price war with OPEC and its allies if they resume the breakneck production growth of the last decade, according to Pioneer Natural Resources Co.

Shale, and not the pandemic, was responsible for the initial oil-market crash of 2020, Chief Executive Officer Scott Sheffield said at BloombergNEF’s annual summit. The cartel, frustrated at U.S. producers’ success in taking market share from OPEC, allowed prices to tumble, he said.

“OPEC and Russia were upset that we grew too much,” said Sheffield. “If we ever start growing again too much, we’re going to have another price war.”

U.S. producers responded to last year’s oil collapse by reducing capital spending, drilling and jobs as well as merging with rivals to shore up balance sheets. The result has been lost production of about 2 million barrels a day, or more than output from the entire Gulf of Mexico. But as prices rebound this year, due to both the economic recovery and Saudi Arabia’s unilateral output cuts, temptation is growing for U.S. shale to ramp up output.

The Energy Information Administration sees U.S. oil production averaging 11.9 million barrels a day in 2022, up about 1 million barrels, or 9%, from the average this quarter. Sheffield is “totally against” the EIA’s forecast, saying that producers now know the stakes and will stick to their mantra of capital discipline.

“If we grow another million barrels a day next year, we’re going to have another price war in my opinion going into ‘23,” he said.

So far there hasn’t been much evidence of producers significantly boosting activity in the field, but investors will get a clearer picture once companies begin reporting first-quarter earnings in the coming weeks. West Texas Intermediate crude oil traded at about $62.80 a barrel on Wednesday, about triple from a year ago.

Sheffield sees overall U.S. production growing at a annual rate of 2% to 3%, with most of the increases coming from the Permian Basin of West Texas and New Mexico, where Pioneer is one of the largest producers. All other shale fields will decline, he said.