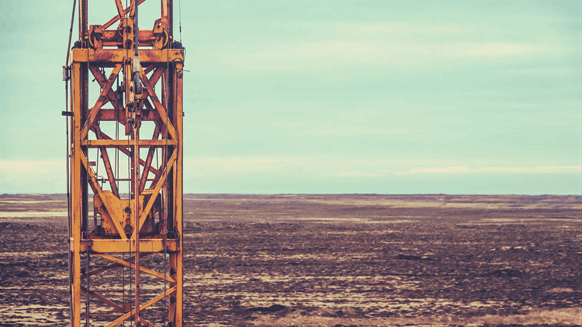 The biggest US shale region will have to shut wells within four months because there aren't enough pipelines to get the oil to customers.

(Bloomberg) -- The biggest U.S. shale region will have to shut wells within four months because there aren’t enough pipelines to get the oil to customers, the head of one of the industry’s largest producers said.

The worsening bottleneck in the Permian region that straddles west Texas and New Mexico offers an unexpected fillip to OPEC and other oil producers outside the U.S., who’ve seen rampant production from America’s shale producers grab market share.

His comments are the strongest indication yet that the growth in the red-hot shale region is about to slow down soon due to a lack of pipeline capacity. The problem has grown so bad that oil companies have been forced to load crude on to trucks and drive it hundreds of miles to pipelines in other parts of the state.

The Permian is growing at 800,0000 barrels a day annually and production currently stands at 3.3 million barrels a day, said Sheffield, who first drilled wells in the region in 1979 and is considered one of the architects of the shale revolution. Total pipeline capacity is 3.6 million barrels, so the region will reach capacity in the next three to four months and the bottleneck isn’t likely to ease for at least a year, he added.

Permian production could remain flat for the next year because of pipeline restraints, Sheffield told a session of the OPEC conference.

"The market has been assuming a straight line production growth from the US but infrastructure constraints mean that’s clearly not going to be the case," said Amrita Sen, chief oil analyst at consultant Energy Aspects Ltd. "At a time when outages are rising the US is not going to fill the gap either."

The lack of pipeline capacity will continue to cause severe dislocation in U.S. oil markets, Sheffield said. Benchmark West Texas Intermediate crude at Midland in the Permian is likely to trade at a $25-a-barrel discount to price at the industry’s hub in Cushing, Oklahoma, he said.

The warning about shut-ins comes as some small companies move oil rigs away from the Permian into other shale basins that still have pipeline capacity. Oil services companies have also started to reduce the number of fracking crews they offer to drillers.

Pipelines are being built to get more oil out of the Permian, but shipments are likely to be constrained until at least 2019, Sheffield said.