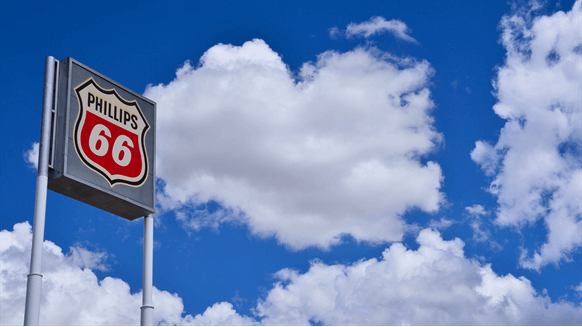 Phillips 66 is weighing whether to build an offshore export terminal in the Gulf of Mexico, a project that would join a growing list of facilities being planned to handle growing shipments of U.S. shale oil.

Phillips 66 is looking to build an offshore export terminal in the Gulf of Mexico, a project that would join a growing list of facilities being planned to handle the growing shipments of U.S. shale oil.

The proposed deepwater port would be located about 21 nautical miles off the Texas coast, near the Port of Corpus Christi, the company said Wednesday in a statement. Phillips 66, the largest U.S. refining company by market value, would construct two parallel pipelines to carry crude to the facility’s two floating jetties, known as single-point mooring buoys, according to people familiar with the matter, who asked not to be named because the plan hasn’t been announced.

Any offshore terminal would require approval from the U.S. Coast Guard and the U.S. Department of Transportation’s Maritime Administration.

The proposed project “would provide an additional safe and environmentally sustainable solution for the export of abundant domestic crude oil supplies from major shale basins to global markets,” Dennis Nuss, a spokesman, said in an emailed statement.

Phillips is already a partner in a venture to develop a deepwater marine terminal in Ingleside, Texas. Going ahead with an offshore project as well would put the company in direct competition with commodity trading house Trafigura Group Ltd., which is developing its own terminal in the Gulf of Mexico. That proposal has faced opposition from the Port of Corpus Christi, which along with The Carlyle Group is developing an onshore export terminal.