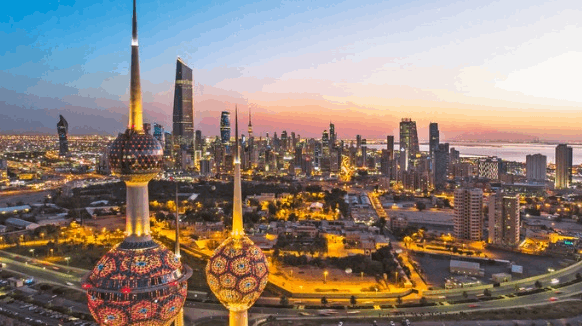 Selecting the octogenarian half-brother of the current emir sends the strongest signal yet about the new ruler's top priorities.

(Bloomberg) -- Sheikh Mishaal Al-Ahmed Al-Jaber Al-Sabah has been chosen by Kuwait’s new emir to serve as crown prince, a pick that bucks the trend in other Gulf Arab states to start shifting power into younger hands.

The selection of the octogenarian Sheikh Mishaal, half brother of the current emir and his recently deceased predecessor, sends the strongest signal yet that stability and continuity are the highest priorities of the new ruler, the 83-year-old Sheikh Nawaf Al-Ahmed Al-Jaber Al-Sabah.

The nomination now needs the endorsement of a simple majority of parliament, expected on Thursday.

Sheikh Mishaal has never held any political post but has been a prominent member of the ruling family for two decades, serving since 2004 as deputy chief of the National Guard. He was close to the late emir Sheikh Sabah Al-Ahmed Al-Sabah, accompanying him to the U.S. in July for post-operative treatment.

The choice of Sheikh Mishaal, a member of Kuwait’s old guard, as the country’s future ruler contrasts with appointments in the neighboring states of Saudi Arabia, Qatar and Oman, where a younger generation of royals are in the pipeline to take over.

But while traditionally the role of crown prince is largely ceremonial, Sheikh Mishaal has been an active figure behind the scenes, and he may prefer to assume a more engaged role.

Kuwait, one of the world’s wealthiest countries, is currently in the throes of a financial crisis triggered by the drop in oil prices and the coronavirus pandemic, and made worse by political wrangling.

The Kuwaiti political system is freer than others in the Gulf, with an elected parliament that often challenges the government. The emir, however, must approve all laws.