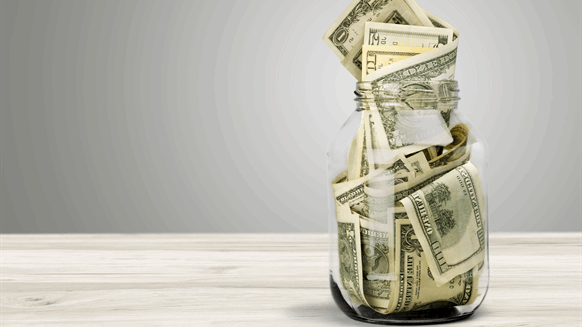 The selldowns will rank among the biggest-ever block trades in Malaysia.

(Bloomberg) -- Petroliam Nasional Bhd. has raised about 6 billion ringgit ($1.4 billion) by cutting its stakes in three listed units, people with knowledge of the matter said.

Malaysia’s state oil company reduced its holdings in retail subsidiary Petronas Dagangan Bhd., natural gas transporter Petronas Gas Bhd. and shipping company MISC Bhd., according to the people. The share placements were executed Monday, the people said, asking not to be identified because the information is private. Petronas said in a statement it completed block trades in these companies, without saying how much it raised.

The selldowns will rank among the biggest-ever block trades in Malaysia, according to data compiled by Bloomberg. Petronas is raising capital to fund overseas expansion after finishing up a $27 billion refinery and petrochemicals project at home.

Petronas said in the statement the block trades were marketed to Malaysian institutional funds to allow for more local participation and ownership in these listed companies. It still retains its controlling stakes in the firms, which will continue to be its subsidiaries, it said.

It plans to allocate a larger share of its future capital expenditure to projects in the Americas, Chief Executive Officer Wan Zulkiflee Wan Ariffin said in an April interview.

A representative for Petronas didn’t immediately respond to an email and phone call seeking comment. Officials at Petronas Dagangan, Petronas Gas and MISC couldn’t immediately be reached for comment.

--With assistance from Yantoultra Ngui and Chan Tien Hin.

To contact the reporter on this story:
Elffie Chew in Kuala Lumpur at echew16@bloomberg.net

To contact the editors responsible for this story:
Fion Li at fli59@bloomberg.net
Ben Scent, Dan Murtaugh