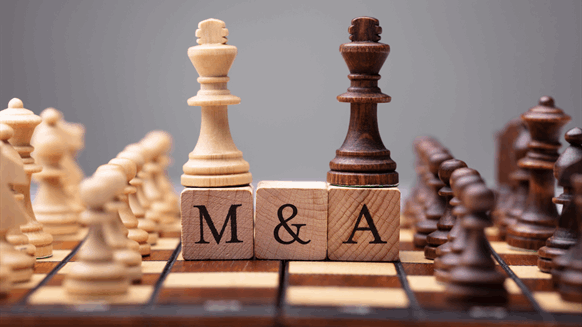 The Permian Basin is on the cusp of a radical transformation with one simple premise: bigger is better.

As oil executives from across the world gather in Houston for the annual CERAWeek by IHS Markit conference, the Permian Basin in the U.S. Southwest is on the cusp of a radical transformation with one simple premise: bigger is better. The energy industry appears primed for deals at a time when Big Oil is flexing its muscle in the region.

Just last week, Exxon Mobil Corp. and Chevron Corp. unveiled audacious growth plans for the Permian Basin, hitherto the domain of smaller rivals. Royal Dutch Shell Plc is said to be on the prowl for deals while BP Plc bought in last year. Meanwhile, independents are under increasing investor pressure to merge or sell out in an effort to end relentless production growth that has burned through some $200 billion over the past eight years.

“The ability of the larger companies to do an accretive acquisition is probably at its highest level since the beginning of the shale revolution,” said Michael Roomberg, a fund manager at Miller/Howard Investments Inc. which manages $5 billion. “M&A interest is at its highest in nearly a decade.”

But the century-old oilfield cycle of big players swallowing up smaller ones may not happen quickly or follow the conventional path.

The supermajors, facing investor pressures of their own, are unwilling to throw cash around like they did in the heady days of $100-a-barrel oil. All-stock deals could be dilutive because many U.S. independents trade at higher price-to-earnings multiples than integrated oil companies, according to data compiled by Bloomberg.

Diamondback Energy Inc. and Concho Resources Inc. pulled off all-stock deals that together were worth almost $20 billion last year, showing a willingness to merge their way to gain scale.

There are 112 operators in the Permian Basin and that means an excessive number of management teams operating similar assets, said Ben Dell, founder of activist investor Kimmeridge Energy Management Co. Economies of scale are needed and about 20 companies, or any valued under $3 billion, should be combined in a “merger of equals,” he said.

Independents were once the innovators that worked out how to pump oil from previously impermeable shale formations. That turned the U.S. from a petroleum importer dependent on the Middle East into a global energy superpower. America’s record production has prompted OPEC to take measures intended to forestall a glut. Saudi Arabia plans to extend deeper-than-agreed supply curbs into April, a Saudi official familiar with the policy said yesterday.

For North American oil companies, the shale revolution came at a cost. Excluding the integrated majors, explorers spent $200 billion over the last eight years, according to data compiled by Bloomberg. Investors have signaled they’ve had enough. They want a manufacturing-style production mode, which favors the biggest, most efficient operators.

Exxon Chief Executive Officer Darren Woods was blunt in his assessment of how the supermajor will meet its Permian target of 1 million barrels a day by 2024 - more than OPEC member Libya’s entire output. “We’re changing how the game gets played,” he said.

Exxon and Chevron both emphasized their focus on existing Permian holdings, favoring small land swaps rather than big corporate deals.

But the European supermajors, playing catch-up, appear to be willing to play the acquisition game. BP Plc entered the fray last year with its $10.5 billion purchase of BHP Billiton Ltd.’s onshore assets and Shell is said to be interested in buying Endeavor Energy Resources LP, one of the Permian Basin’s largest private operators, for as much as $8 billion.

The arrival of Big Oil may change the region’s Wild West image. Until now, the barrier of entry has been low, with dozens of private equity-backed wildcatters, many of whom are in their early 30s, flipping leases and drilling exploratory wells with the aim of selling them to the highest bidder.

It’s a far cry from Exxon’s systematic approach, perhaps a sign that the days of the rags-to-riches wildcatters may be ending.