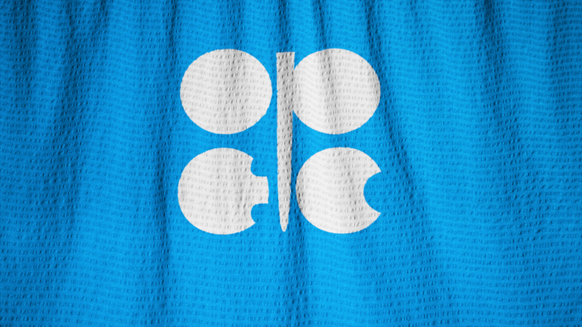 (Bloomberg) -- The year has barely begun but it’s already shaping up nicely for OPEC, with crude rebounding sharply after the worst fourth-quarter performance since 2014.

A new production cuts deal with Russia and thawing U.S.-China trade relations have given the market a boost. But for OPEC, good news often comes hand-in-hand with bad news. For that, look no further than the Permian basin.

The biggest shale play in the U.S. is set to pump 3.8 million barrels a day this month, according to Energy Information Administration data. That’s more than the United Arab Emirates, the Organization of Petroleum Exporting Countries’ third-largest producer.

The cartel’s decision to cut its own production has actually thrown a “lifeline” to companies in the U.S. by stabilizing crude prices, according to Saudi Energy Minister Khalid Al-Falih. This is a dark cloud on OPEC’s horizon, but there’s some good news.

Prolific output from Texas and New Mexico is placing serious pressure on infrastructure. The region isn’t equipped to handle such output levels and could only ship out around 3.5 million barrels a day at the end of 2018, according to Bloomberg Intelligence.

These pipeline constraints mean oil flows in the Permian have less of an effect on the globally relevant prices that OPEC cares about. As production surged last year, the value of crude delivered at the Midland, Texas hub relative to Cushing, Oklahoma -- the delivery point for West Texas Intermediate -- and on the Gulf coast at Houston dropped, according to a Bloomberg Intelligence report.

The bad news for OPEC is that the U.S. is working on another wave of pipeline expansion, which could add 2.1 million barrels a day of takeaway capacity by the end of 2019, and another 2.2 million by 2021, according to Bloomberg Intelligence.

On the plus side for OPEC, shale oil is of the lighter variety that’s less amenable to U.S. Gulf coast refineries configured for heavier grades. That quality could keep the pressure on shale oil prices compared with WTI, and subsequently diminish the cash flow of local explorers and producers.

Problem is, Asian refineries can take the lighter crude. If U.S. shale can reach those plants, then American drillers will happily keep pumping and threatening OPEC’s share of the world’s fastest growing market.

The crude has to get to Asia first, and limitations in U.S. export infrastructure work in OPEC’s favor here. Constraints on tank space, shipping facilities and dock capacity at U.S. ports still have to be resolved, according to Bloomberg Intelligence.

JoshMulnick  |  January 20, 2019
Present US domestic pipeline capacity may add up to 4M+ bpd export capacity of WTI value equivalent by 2020. Would not concomitantly increasing refining capacity allow for enhancing US market/export position?
Randy Peterson  |  January 18, 2019
If the Fed Govt Shutdown continues, these pipelines may be delayed. What will be the impact? Another strain on the economy....
Stan Shanks  |  January 15, 2019
I really have a question: I've been hearing about DUC (Drilled but Uncompleted) wells in the Permian Basin for some time. Is there a chance that when pipeline capacity improves energy companies will begin completing these wells quickly causing a surge in Permian production that is over expectations? I assume that if the price is relatively high during the 4th qtr 2019 there would added incentive.