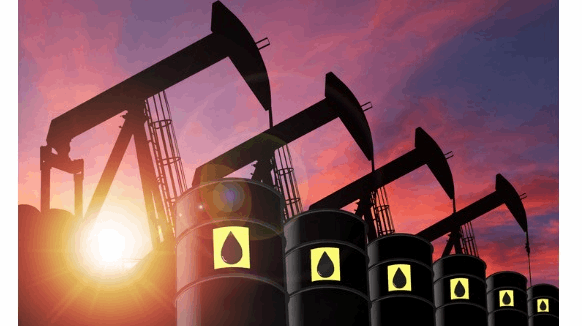 Diamondback Energy Inc. and Centennial Resource Development Inc. on Monday became the latest Permian Basin shale explorers to say they were curbing output. A pandemic-fueled crash in oil prices has been so severe that producers have moved beyond laying down drilling rigs to shutting in existing output.

Midland, Texas-based Diamondback is dialing back 10%-15% of its May production, the company said in an earnings statement after the market closed.

Centennial, which started as a blank-check company backed by private equity firm Riverstone Holdings LLC, is shutting in up to 40% of output this month while suspending all drilling and fracking activities and cutting its workforce. Its shares plunged as much as 47% to 55 cents in after-hours trading.

The decision to curtail output comes as Texas decides against state-mandated quotas, which companies including Diamondback had been ardently opposed to. Earlier on Monday, the Texas Railroad commissioner who had been most in favor of such cuts said that plan was “dead.”

Diamondback Chief Executive Officer Travis Stice called the proposal a “distraction” in the company’s statement. “Diamondback is choosing to curtail production in May because of economics, which should be the baseline for decisions on whether or not to produce barrels,” he said.

Among oil companies, Pioneer Natural Resources Co. and Parsley Energy Inc., founded by a father and his son, had been the biggest champions of instituting mandated cuts. Parsley also reported earnings Monday afternoon, suspending all drilling and fracking work while declining to say whether it was curtailing or shutting in existing output.

Exxon Mobil Corp., Chevron Corp. and ConocoPhillips plan to curb as much as 660,000 barrels a day of combined American output by the end of June. Permian Basin producer Concho Resources Inc. has shut in about 4% to 5% of total output and warned last week that it will likely be forced to curtail even more.

As of April 24, American producers had already cut 1 million barrels a day of output, down from a record 13.1 million at the end of February, according to the latest weekly data from the Energy Information Administration.

Diamondback, which also suspended its buyback program, said it’s currently running 14 rigs but would reduce the number to eight by the start of the third quarter. The company will average “less than one” fracking crew in this quarter, according to the statement.

Centennial said in a separate federal filing that if the shut-ins are prolonged, the productivity of the wells could be materially hurt when it goes to turn them back on. The company might not be able to renew some leases, reducing its reserves.