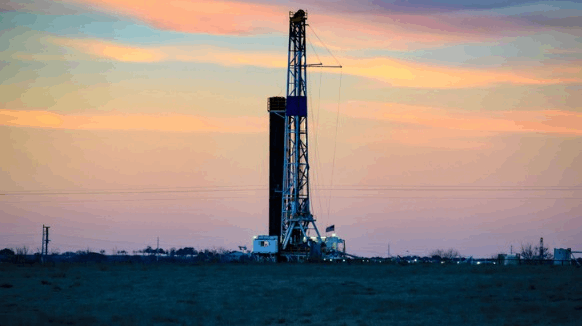 Explorers in the Permian Basin put an additional 10 rigs to work this week.

(Bloomberg) -- Explorers in the world’s biggest shale patch are roaring back, putting an additional 10 rigs to work this week for the biggest jump in activity since a price crash triggered an unprecedented collapse in drilling.

Drillers in the Permian Basin of West Texas and New Mexico led the rest of the nation in expanding the rig count. With crude stabilizing above $40 a barrel, the total number of active U.S. oil rigs rose by 11 to 183 this week, according to Baker Hughes Co. data released Friday.

The increase in the Permian was the biggest since December. But despite the jump, overall drilling is still mired at levels not seen since the early days of the shale boom more than a decade ago.

Halliburton Co., the world’s biggest fracking provider, expects the worst-ever slump in oil exploration to end soon. Almost three fourths of the nation’s active oil rigs have been sidelined this year on the heels of pandemic-driven lockdowns that decimated energy demand and sent prices plummeting in March and April.

“We do see some recovery in the back half” of this year, Halliburton Chief Executive Officer Jeff Miller said during a recent interview on Bloomberg TV. “Frack activity reached a bottom in the second quarter. I think we’ll see drilling activity reach a bottom in the third quarter and then some modest recovery.”