Pemex Triples Estimate for 'Most Important Onshore Field in 25 Years' 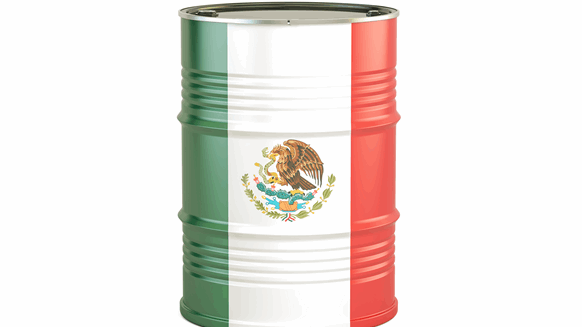 Pemex has more than tripled its estimated reserves in its Ixachi field.

(Bloomberg) -- Pemex has more than tripled its estimated reserves in its Ixachi field.

“Without doubt this news will allow Pemex to contribute with more production in the future and stabilize the production platform,” Chief Executive Officer Carlos Trevino said. “I am confident the next administration will value this discovery a lot.” Trevino is due to step down from that role as President elect Andres Manuel Lopez Obrador takes office Saturday, having pledged to revive Mexico’s state-owned oil company.

Ixachi is the most important onshore field in 25 years, Escalera said.

The Ixachi announcement comes a month after Pemex said it had found light crude in the shallow water Manik and Mulach oil wells in the Southeast Basin in the Gulf of Mexico, an area estimated to hold 3P reserves of more than 180 million barrels. Pemex’s Xikin-1 and Esah-1 fields are expected to begin production in 2019 and 2020, respectively.