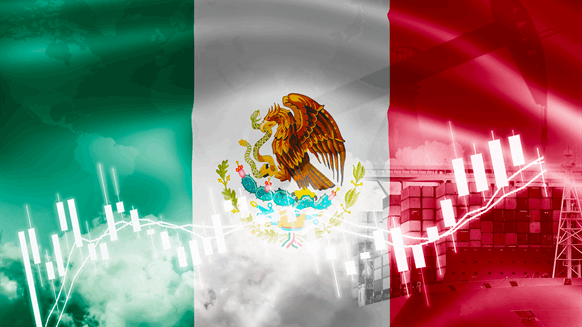 The company has suspended contracts with at least eight oil-service providers and suppliers to cut spending.

Over the past several weeks, Petroleos Mexicanos has suspended contracts with at least eight local and international oil-service providers and suppliers to cut spending, said the people, who asked not to be named because they weren’t authorized to speak publicly on the matter. The bulk of cancellations is for offshore maintenance work in shallow-water hubs such as Ciudad del Carmen in the state of Campeche, two of the people said.

A Pemex spokeswoman declined to comment, noting that the information didn’t come from the company.

Faced with the fallout from Covid-19 and oil price volatility, Pemex has been forced to backtrack on its ambitious plans to increase capital expenditure and expand drilling in order to reverse 15 years of oil output declines. Mexican President Andres Manuel Lopez Obrador has made Pemex the centerpiece of his administration’s efforts to become self-sufficient in energy generation.

Pemex is not expected to restart the suspended work until at least January next year, one of the people said.

Unemployment is soaring in the global oil industry after crude prices crashed to record lows in April. In just two months, the industry has cut almost half the number of jobs lost during the last crude crash of 2014 to 2016.

Pemex is struggling under a debt load of more than $100 billion, and saw record losses of $23 billion in the first three months of the year. Its offshore activity has been hit hard by Covid-19. As many as 112 employees and 3 contract workers have died from the virus so far, it reported late Tuesday.

Earlier this week, national newspaper Reforma reported that as many as 8,000 workers had lost their jobs due to budget cuts at Pemex that resulted in the cancellation of 45 contracts worth about $160 million with offshore service providers such as Marinsa de Mexico and Cotemar.

“At the moment everything is normal,” said Greta Alcantara, Director of Institutional Relations for Grupo Cemza, the parent company of Marinsa. There have been no layoffs, and Marinsa is “working hand-in-hand with Pemex,” Alcantara said. Cotemar declined to comment.

It’s not the first time that Pemex’s suppliers have felt the pinch. During the previous price crash, about 10,000 oil-industry service contractors in Mexico lost their jobs as Pemex was forced to slash billions of dollars in spending and freeze exploration and production contracts.

To contact the reporters on this story:
Amy Stillman in Mexico City at astillman7@bloomberg.net;
Peter Millard in Rio de Janeiro at pmillard1@bloomberg.net

To contact the editors responsible for this story:
Simon Casey at scasey4@bloomberg.net
Carlos Caminada, Reg Gale