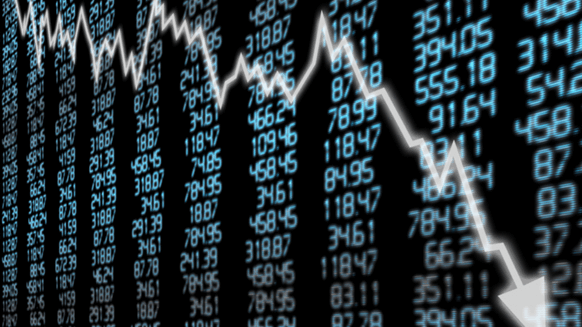 Petroleos Mexicanos expects a drastic drop in oil exports over the next three years.

(Bloomberg) -- Petroleos Mexicanos expects a drastic drop in oil exports over the next three years as the company faces the twin challenges of declining output and supplying crude to a controversial new $8 billion refinery championed by the country’s President Andres Manuel Lopez Obrador.

Pemex, as the state oil company is also called, is forecasting a reduction of almost 70% in exports of its flagship heavy crude known as Maya between 2021 and 2023, according to two people familiar with the situation. It expects to cut Maya exports by almost half between next year and 2022 and lower them again between 2022 and 2023, said the people, who asked not to be identified because the information hasn’t been made public.

A Pemex representative didn’t respond to a request for comment.

AMLO swept into power in December 2018 promising to rescue Pemex by dialing back his predecessor’s 2013-2014 energy reforms, which had ended the company’s nearly eight decades-long monopoly. He has also pledged to ramp up domestic fuel production to reduce dependence on gasoline imports, which account for about 65% of what Pemex sells in Mexico.

At the heart of this policy is a new refinery that will process Maya. Mexico’s six existing refineries blend Maya and a lighter domestic crude, Isthmus. The new plant being built in AMLO’s home state of Tabasco will have the capacity to process 340,000 barrels of oil a day.

The timeline for finishing the Dos Bocas refinery by 2023 is viewed by some critics as overly ambitious. The six plants currently operating do so at just one-third of their capacity and post additional losses when they produce more gasoline.

“The key issue here is whether Dos Bocas is going to be operating in three years,” said Ixchel Castro, oil and refining markets manager for Latin America at Wood Mackenzie Ltd. “The construction process is probably going to take longer than originally estimated, so exports will be maintained for a longer period than expected.”

Pemex restarted exports of Isthmus crude in December after not doing so for a year and a half. But exports of heavier grades have fallen as Pemex struggles to reverse 15 consecutive years of output declines. In July, the company exported 888,000 barrels a day of heavy crudes including Maya, Altamira and Talam, a 23% drop from a year earlier. Maya represented almost 80% of Pemex’s crude shipments in August, according to data compiled by Bloomberg.

Earlier this week, a congressman from Mexico’s ruling Morena party proposed to return to some of the old wording of the constitution, before it was changed to boost private participation in oil drilling under Mexico’s energy reform. The bill comes after AMLO said in an August memorandum that Mexico may need to change the rules governing the country’s energy industry and reverse the opening to private companies to save Pemex.