Oxy to Cut $7.8B Debt With Pipeline Split 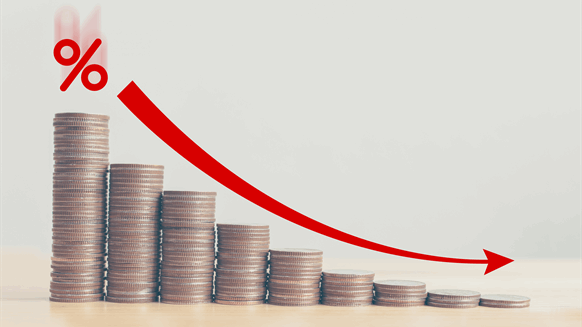 Occidental plans to make the pipeline business it acquired as part of last year's takeover of Anadarko a stand-alone company, removing about $7.8 billion of debt from its balance sheet.

(Bloomberg) -- Occidental Petroleum Corp. plans to make the pipeline business it acquired as part of last year’s takeover of Anadarko Petroleum Corp. a stand-alone company, removing about $7.8 billion of debt from its balance sheet.

Occidental plans to reduce its holdings in Western Midstream Partners to less than 50% by the end of this year but “expects to maintain a significant economic interest” in the company, the Houston-based oil explorer said in a statement Monday. The amount of debt taken off the balance sheet amounts to about 15% of Occidental’s total borrowings, according to data compiled by Bloomberg.

Western is among the crown jewel assets that Occidental has sought to sell to reduce leverage incurred in the purchase of Anadarko, the biggest oil merger of the past four years. Monday’s announcement may signal Occidental hasn’t been able to attract a high enough price, or that potential suitors found the entangled management structure burdensome.

Blackstone Group Inc., Apollo Global Management Inc., Global Infrastructure Partners and KKR & Co. were all said to be interested in bidding for Western as recently as late 2019.

But it’s been a challenging environment for pipeline companies. In November, Western Chied Executive Officer Michael Ure said the company was seeking new customers in the Rockies and the western edge of the Permian Basin to reduce reliance on Occidental. Western fell 29% last year -- its worst performance since 2015 -- amid a slowdown in drilling and plunging prices for natural gas byproducts.

The arrangement expands Western unitholders’ rights to replace Occidental as the pipeline operator’s general partner. Western is structured as a master limited partnership, which allows the company to avoid corporate taxes but typically comes with fewer rights for common investors.

Separately, Occidental increased the amount of 2020 hedged production by about 50,000 barrels, or 16%. The recent spike in crude due to tensions in the Middle East provided an opportunity for U.S. drillers to hedge more production.