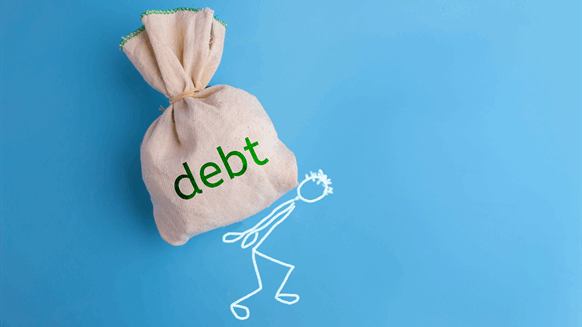 (Bloomberg) -- Occidental Petroleum Corp. is paying a special dividend to Warren Buffett in shares rather than cash, diluting investors including activist billionaire Carl Icahn as the indebted shale explorer grapples with oil’s collapse.

The Houston-based oil producer issued common shares worth about $257 million to honor a quarterly payout on Berkshire Hathaway Inc.’s preferred stock, according to a filing Wednesday. Occidental had been paying cash since Buffett invested $10 billion last year to help fund the company’s $37 billion takeover of Anadarko Petroleum Corp., demanding an 8% annual dividend.

Chief Executive Officer Vicki Hollub survived a bitter 10-month campaign by Icahn to seize control of the company by granting him board seats and corporate governance changes. But as the Covid-19 pandemic destroys demand for crude and strips producers of cash, her most immediate challenge is to tackle the debt pile Occidental accrued last year to beat Chevron Corp. in the bidding war for Anadarko.

With $11 billion of debt due by 2022, Occidental is looking for any and all possible ways to save cash after being downgraded to junk last month. It has slashed employees’ pay, reduced its regular dividend to common shareholders for the first time in 30 years and asked workers to appeal for government financial aid for the oil industry.

Occidental’s share registration doesn’t mean Berkshire and its affiliates will necessarily sell any stock, according to the filing Wednesday. It’s unclear whether Berkshire will eventually sell down its common stock stake in the oil producer, has already chipped away at that holding in recent months, or might buy more shares. Berkshire was Occidental’s ninth biggest common shareholder at Dec. 31, with a 2.1% stake, according to data compiled by Bloomberg.

While Buffett has been known to keep some of his investments for decades, he’s also been willing to trim stakes at times. Recently, his Omaha, Nebraska-based company sold some shares in Delta Air Lines Inc. and Southwest Airlines Co. as the coronavirus ravaged the airline industry.

Occidental is the second-worst performing member of the S&P 500 Energy Index since its interest in Anadarko became known a year ago, plunging 79% in that span, while the index fell 51%.

The Occidental bet was one of Buffett’s largest deals in recent years and mimicked some of the famous financial crisis-era moves that allowed him to get preferred stock in companies including Goldman Sachs Group Inc. The transaction allowed Buffett to deploy a large sum of his cash pile and accrue generous dividends.

Buffett has been struggling in recent years to find attractive ways to deploy his cash, which was close to a record $128 billion at the end of last year. The billionaire investor noted in his annual report that Occidental’s dividends on his preferred stock could be paid in cash or in shares of the oil producer.

To contact the reporters on this story:
Kevin Crowley in Houston at kcrowley1@bloomberg.net;
Katherine Chiglinsky in New York at kchiglinsky@bloomberg.net