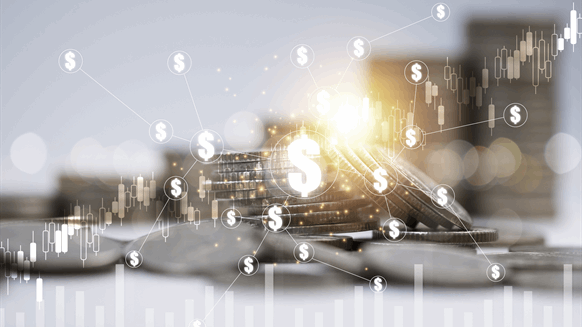 (Bloomberg) -- Activist investor Kimmeridge Energy Management Co. has built new positions in Ovintiv Inc., PDC Energy Inc., and Cimarex Energy Co. and plans to push for changes at the oil and gas companies to improve their performance and governance.

The New York-based investor considers Ovintiv, formerly known as Encana Corp., to be the poster child for all that ails the North American exploration and production sector, according to Mark Viviano, its head of public equities. The sector as a whole is rife with excessive compensation and a lack of accountability, he said in an interview.

“Ovintiv is one of the more egregious examples of misalignment in the sector, whether it’s the excessive compensation relative to performance, the low insider ownership, or the lack of any meaningful board refreshment,” Viviano said.

Even before oil’s historic plunge, oil and gas drillers were rapidly falling out of favor with investors after embarking on a wild spending spree that failed to boost returns and left them struggling with unsustainable levels of debt. The oil crash added to their woes, leaving energy stocks as the worst performers in the S&P 500 benchmark this year.

Ovintiv said in an emailed statement it valued constructive suggestions from all shareholders.

“We disagree with Kimmeridge’s characterizations of our corporate governance and compensation programs. Our focus today is very clear – reduce debt, maintain scale, drive efficiencies and return cash to our shareholders,” it said.

Representatives for PDC Energy and Cimarex declined to comment.

Kimmeridge plans to release a white paper this week that sets out what changes it would like to see at the three companies and others in the sector to help rebuild shareholder confidence. The paper, a copy of which was seen by Bloomberg, includes suggestions to better align compensation of directors and management with long-term value creation, including mandating upfront stock purchases and directors fees being paid in equity.

Kimmeridge, which owns a 1.9% stake in Ovintiv, has raised its concerns to the company, and will keep all options on the table if the company fails to address them, including starting a proxy fight to replace board members if needed, Viviano said.

Ben Dell, a managing partner at Kimmeridge, said he was concerned that Ovintiv’s Chief Executive Officer Doug Suttles continues to get paid millions of dollars a year in compensation despite an 87% drop in the company’s shares over his tenure. Suttles was paid $12.6 million in 2019, according to regulatory filings.

Suttles and the board hold very little stock in the company and they need to better align compensation with performance, according to Kimmeridge. “It’s just staggering,” Dell said. Since some of the company’s directors have held their seats for more than a decade, that leaves a question mark over their independence and willingness to hold management accountable, he said.

Kimmeridge would like to see PDC Energy implement a dividend, and Cimarex declassify its board so that all of its directors are re-elected each year rather than just a few at at time, Viviano said.

The firm has conveyed its message to Cimarex but has yet to do so at PDC Energy, where it waged an unsuccessful proxy fight last year.

“We’re building positions in these companies because we believe the underlying asset quality and cash flow generation has been overshadowed by a combination of flawed capital allocation, corporate governance and environmental performance,” Viviano said.

Gasrat  |  November 18, 2020
Good luck. The elders in this industry have known about the over compensation for decades. More finance guys on the BOD are exactly why we are in this position today. Do we do a debt deal or equity?? Choose debt you are screwed. Choose equity and share holder value gets compromised. Again, good luck.