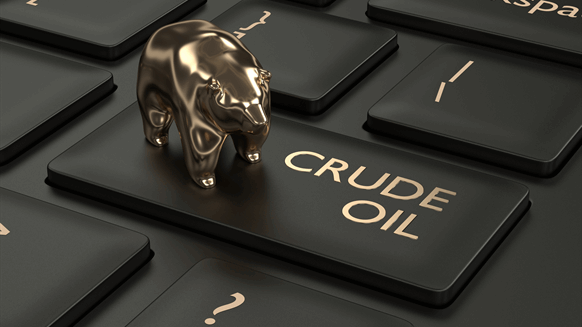 A group of oil traders whose positions are often overlooked by much of the market have quietly built up a huge bet on lower crude prices.

(Bloomberg) -- A group of oil traders whose positions are often overlooked by much of the market have quietly built up a huge bet on lower crude prices.

Traders categorized as “other reportables“ by regulators and exchanges now hold a record short position of almost 470,000 Brent futures contracts, according to ICE Futures Europe data. The grouping covers entities whose business activity is unknown from publicly-available information, or who don’t fit the other main reporting categories of dealer, speculator, producer or consumer. High-frequency traders and proprietary trading houses would be included.

Their bearish bet, equivalent to 470 million barrels of oil, is in direct contrast to that of traditional speculators. Last week they boosted their net-bullish Brent oil wagers to a nine-month high.

Crude futures curves rallied sharply this month as hopes for coronavirus vaccines boost the longer-term outlook for demand. Banks including Goldman Sachs Group Inc. cited speculative short-covering as one of the major drivers of the recent crude rally. While that’s true of traditional speculators, the oil market’s “other’’ traders hadn’t shifted out of their bearish bets up to Nov. 24, the most recent data point.

The size of the position is also large compared to that of traditional speculators. Other reportables hold a bigger short position in futures than the combined bullish and bearish bets of traditional money mangers. They also hold more than 9,000 short contracts per trader, more than either bullish or bearish speculators hold per trader.