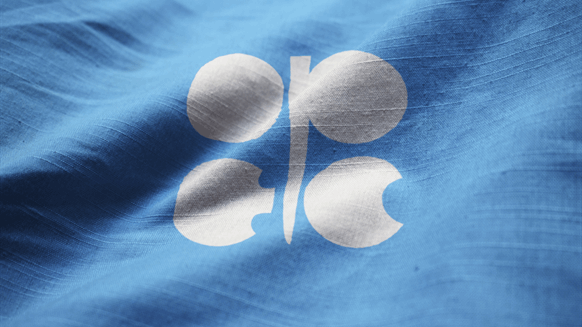 OPEC's bold strategy to revive oil markets proved a surprise success last year, but the sequel they've unveiled for 2019 is getting a cooler reception.

(Bloomberg) -- OPEC’s bold strategy to revive oil markets proved a surprise success last year, but the sequel they’ve unveiled for 2019 is getting a cooler reception.

Oil prices have slumped in the two weeks since the cartel and its allies announced they will cut production to prevent a surplus, in contrast to the rally that greeted their previous intervention. From Wall Street oil-watchers to Russia’s central bank, speculation is growing that booming U.S. shale output and shaky fuel demand may thwart the coalition’s efforts.

Saudi Arabia’s assurance on Wednesday that the agreed six months of cuts will probably be extended -- a pledge that comes before the deal has even started -- only underscored the prevailing anxiety.

“The concern is that even if OPEC+ faithfully implement those cuts, it still might not be enough,” said Mike Wittner, head of oil market research at Societe Generale SA in New York.

Oil is trading at the lowest in a year despite the pledge from the Organization of Petroleum Exporting Countries and its allies to remove 1.2 million barrels a day of crude from the market for six months starting in January. The group’s own data gives an indication why this hasn’t halted the price slump.

While their cut should roughly balance supply and demand in the first half of 2019, less crude will be needed from the group in the second as a slowing global economy reins in demand and U.S. shale producers keep breaking records. By the fourth quarter, the coalition may need to almost double their planned cutback just to keep markets in equilibrium.

Brent crude futures have slipped about 10 percent since OPEC and its partners met on Dec. 7, trading for $55.44 a barrel as of 8:56 a.m. London time. In contrast, in the two weeks after the group first agreed joint cuts in November 2016 prices jumped about 20 percent.

This is a relief for consumers, in particular U.S. President Donald Trump, who urged OPEC to keep the taps open and cheered the recent price drop as a “big tax cut” for consumers. But it’s a gloomy situation for Saudi Arabia and other major exporters, whose 2019 budgets would be strained at current prices.

Getting off to a bad start doesn’t doom the OPEC+ agreement and the group didn’t achieve a straight-line price recovery with its previous round of cuts. Prices actually fell in early 2017, even as Saudi Arabia substantially reduced its output, because of the time-lag between curbing exports and the corresponding drop in importers’ inventories.

This time, the kingdom intends to accelerate this process by targeting its export cuts at the U.S., where the world’s most transparent inventory data means they’ll be detected more readily.

Barclays Plc predicts the market will pick up as lower exports “percolate” into stockpile data next year. “Prices will stage a rebound,” said Michael Cohen, the bank’s head of energy research in New York.

When OPEC’s last round of cuts finally started to bite into inventories in mid-2017, a large part of that success was due to unplanned production losses in members such as Venezuela, where a spiraling economic crisis bled oil output to the lowest in decades.

The International Energy Agency, which advises consuming countries, predicts history will repeat itself and next year’s cutbacks will be effectively doubled by unintentional losses from Venezuela and the impact of U.S. sanctions on Iran.

Venezuela’s helping hand may not be so forceful next year. The Latin American nation ended up removing more oil from the market than Saudi Arabia, despite having less than one-fifth of the kingdom’s production. Yet its decline has slowed in recent months and Oil Minister Manuel Quevedo said last month that a recovery is underway.