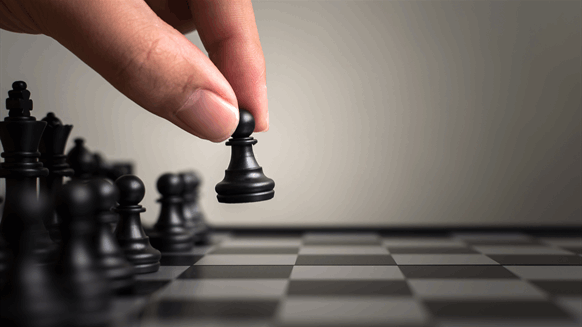 In the first quarter, coordinated production curbs by the Organization of Petroleum Exporting Countries and its allies helped oil rally the most in almost a decade, restoring prices to over $70 a barrel.

Saudi Arabia, the group’s most powerful member, has made clear that it’s determined to keep supplies tight. That risks a repeat of 2018, when production cuts propelled oil to a four-year high, provoking a backlash from President Donald Trump and a hasty reversal by the kingdom.

“It appears that the producer group is over-tightening the market,” said Ed Morse, head of commodities research at Citigroup Inc. in New York.

OPEC and its partners launched a new round of output cuts at the beginning of the year when it looked like booming U.S. shale-oil production and fragile global demand growth would lead to a supply surplus. But as the group implements the curbs, and as supplies are squeezed further by crises in Venezuela and Iran, there’s now a greater risk of a shortage.

If the group continues with its cutbacks, global oil inventories will contract by almost 1 million barrels a day in the third quarter, the steepest drop in nearly two years, data from the organization shows. However, the group won’t make a decision whether to extend until it meets in late June.

The strain on markets could go even deeper. A conflict is flaring in Libya, output is plunging in Venezuela because of a spiraling economic crisis, and the U.S. will soon decide whether to tighten sanctions on Iran’s oil exports.

“OPEC is one major shutdown -- Libya, say -- from a very damaging price surge that throws all the plans out the window,” said Derek Brower, a director at consultant RS Energy Group.

That could easily send crude prices to levels that prompt disapproval from the White House, the Saudis’ most important political ally.

“There’s no doubt that in a scenario where Brent crude heads to $80, President Trump will voice his concern,” said Harry Tchilinguirian, head of commodity markets strategy at BNP Paribas SA.

Pursuing higher prices also risks straining the Saudis’ critical alliance with Russia, which is co-operating with OPEC in the pact to curtail supply. President Vladimir Putin said last week that he’s comfortable with current price levels, and that it’s too soon to decide whether output needs to be restrained in the second half.

To avoid a repeat of last year, Saudi Arabia could increase production slightly, stopping a surge in prices. The kingdom is cutting output by considerably more than required under the OPEC accord, and so it could raise supplies without breaching the pact.

The Search For Balance

On April 8, less than two weeks after President Trump urged OPEC to increase production, Saudi Energy Minister Khalid Al-Falih said that his priority of “bringing back inventories to a reasonable level remains unchanged.”

Saudi Arabia faces powerful domestic pressures to press on with the policy, from Crown Prince Mohammad Bin Salman’s plans for radical economic transformation to a government budget that hinges on oil prices of $80 a barrel.