OPEC Will Struggle to Muster Friends for Oil Cuts 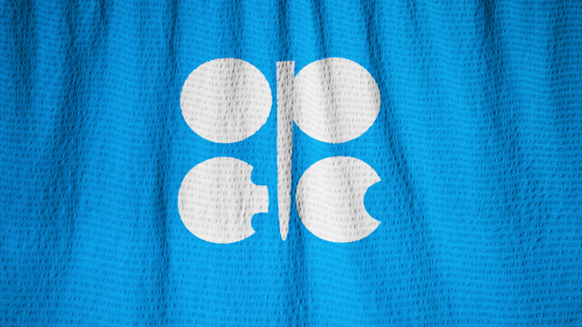 OPEC will struggle to carry all of its partners from outside the group along with it as it looks to extend output cuts into a third year, writes Bloomberg oil strategist Julian Lee.

(Bloomberg) -- OPEC will struggle to carry all of its partners from outside the group along with it as oil producing group looks to extend output cuts into a third year at meetings to be held in Vienna in early December, writes Bloomberg oil strategist Julian Lee.

For key partner Russia, the decision will hinge more on President Vladimir's Putin’s assessment of its value in strengthening broader political ties with Saudi Arabia, than on any oil price impact. But Mexico, which offered up natural decline in its oil output as cuts last time around, may balk at extending its participation, as its output is forecast to grow next year.

Saudi oil minister Khalid Al-Falih told reporters that the baseline for new output cuts should be a recent production level, without offering a specific suggestion. While this might not be a problem for Russia, which boosted its output to a post-Soviet high in October, it will pose more of a challenge for others.

Below is a round-up of each country’s position and an assessment of its likely willingness to make further cuts for next year. The figures mentioned are for crude oil production and are from the International Energy Agency. Starting points for cuts in 2017 are October the preceding year, except for Kazakhstan, which was November.

Russia led the non-OPEC contribution to output cuts in 2017 and OPEC will be looking to Moscow to take a lead for any further reductions in 2019. Output jumped to a new post-Soviet record of 11.4 million barrels a day in October after Russia eased restraints on the country’s oil companies following the decision taken in Vienna in June to relax output cuts.

President Vladimir Putin said earlier this month that cooperation with OPEC to stabilize the oil market has shown “positive results,” but noted that an oil price “around $70 suits us completely.” He wouldn’t commit to cutting output to help support prices. Energy Minister Alexander Novak said producers need to “better understand both the current conditions and the winter outlook” before agreeing to a supply restriction.

Opinion: A decision to implement output cuts in 2019 will be a political one, based on President Putin’s assessment of how much it will help to strengthen ties between Russia and Saudi Arabia. The country has boosted output in recent months, allowing it to accept the October 2018 production level as a baseline for any curbs in 2019.