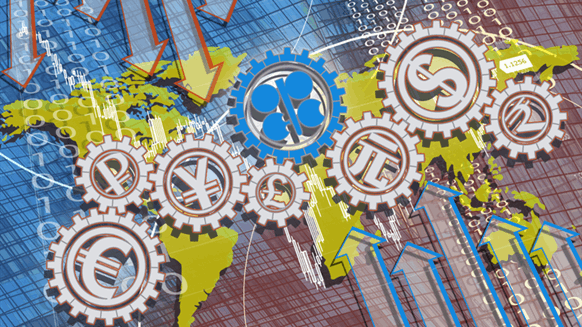 The world is awash with oil. Yet, in less than eight weeks, OPEC+ is set to pour even more barrels into the glut.

(Bloomberg) -- The world is awash with oil. Yet, in less than eight weeks, OPEC+ is set to pour even more barrels into the glut.

For many in the oil market, it’s the wrong move. Increasingly, some inside the OPEC+ coalition are also wondering if the group should reconsider.

“We do not need the extra oil,” said Marco Dunand, co-founder of Mercuria Energy Group, one of the world’s largest commodity trading houses.

But now OPEC+ is debating how to proceed. Inside the cartel, the mood is turning somber. The demand recovery is slower than expected, and inventories aren’t shrinking as quickly as OPEC+ anticipated just a couple of months ago. Oil prices, too, are lower than many member states had hoped.

Saudi Arabian Energy Minister Prince Abdulaziz bin Salman and his Russian counterpart Alexander Novak face a difficult task. With too much oil around, some traders believe that OPEC may opt to delay, or spread the output hike over a number of months, trying to fine-tune the increase with seasonal consumption. “I don’t think the market sees it happening in one fell swoop,” said Mike Muller, the head of Asia at top oil trading house Vitol Group.

In private, some OPEC+ delegates debate whether the tapering should be postponed, at least a few months into 2021. A short delay, perhaps of two or three months, is a “realistic” possibility, one OPEC delegate said, asking not to be named as the discussions remain private.

Other delegates aren’t so sure, hoping the oil market will be stronger by early December. They point to signs like rapidly falling inventories aboard ships off China, for example, or signs that the winter in the northern hemisphere may be colder than normal.

Before the group gathers on Nov. 30-Dec. 1, much could change. First, the U.S. presidential election in just over a month could reshape American foreign and energy policy; then there’s Libya, where oil production is recovering after a truce between warring factions. Finally, the trajectory of the pandemic, and the potential for a vaccine or treatment.

Delegates are also looking at clues in the oil price itself, which over the last month has struggled to sustain $40 a barrel. The price difference between spot and forward oil contracts points to an abundance of crude. The Brent six-month price spread, a key measure of the strength of the market, is minus $2.18 a barrel, compared with minus 48 cents in June.

Saudi Arabia and Russia appear united, for now, on how to approach the problem. Both are waiting to see how October and November pan out before committing to a course of action, according to people familiar with their thinking. And both are keen to see better compliance with the current targets, particularly from quota cheats like the United Arab Emirates and Iraq. Moscow and Riyadh agreed last month the cartel would need to be “proactive and preemptive,” recommending “that participating countries should be willing to take further necessary measures when needed.”

It wouldn’t be the first time OPEC+ has decided to delay its three-phase plan. Initially, the second stage of the curbs was scheduled to start at the beginning of July, but was delayed a month. Russia and Saudi Arabia initially appeared at odds about the delay, but they quickly found common ground. Many observers expect a similar situation this time around, with Saudi Arabia likely to be more vocal than Russia. If history serves as a guide, Moscow and Riyadh are likely to find a solution.

OPEC+ watchers, who track the chatter inside the cartel and try to read between the lines for clues about future action, believe the debate is raging inside the group. Few think the matter is settled.