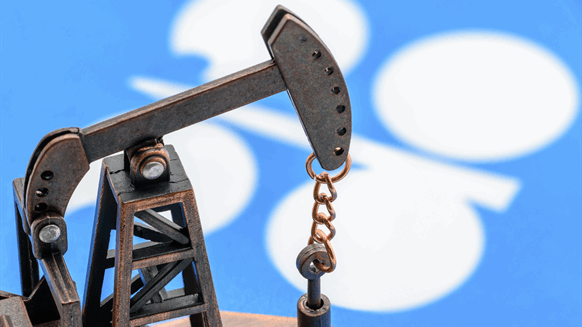 Iraq agreed on the details of how to compensate for falling short of its production cut target in May.

(Bloomberg) -- OPEC’s habitual quota cheat, Iraq, said it will implement its oil-production cuts in full this month and agreed on the details of how to compensate for falling short of its target in May.

The accord, reached in principle earlier in June, was finalized at a ministerial video conference on Thursday, according to delegates. It gives added credibility to the OPEC+ supply deal and could bring even more oil off the market just as the demand recovery from the coronavirus pandemic begins to accelerate.

Last month, the Organization of Petroleum Exporting Countries and its allies fell short of their 9.7 million-barrel-a-day cuts target by 1.26 million. That volume will be compensated in full in the coming months, said a delegate, who asked not to be named because the information is private.

“OPEC+ is taking its task very seriously,” Ben Luckock, co-head of oil trading at commodities house Trafigura Group, said in an interview prior to Thursday’s meeting. “Performance is going to be better. The message at the last meeting was taken very seriously, and none would like to go to the next OPEC+ meeting and be labeled a cheater.”

International oil prices have stabilized near $40 a barrel, double the level in April. The recovery began after OPEC+ agreed to end a price war and make its biggest ever output cuts. The rebound has been further assisted by a rapid recovery in demand as Europe and the U.S. join the initial China-led comeback from lockdown.

Still, oil markets remain vulnerable, with a huge surplus in fuel stockpiles and the threat of a second wave of the virus weighing on prices. OPEC+ agreed earlier this month to continue its cuts at the deepest level in July, instead of tapering them as planned. The group has also put intense pressure on members that fell short of their pledged reductions.

Iraq had promised to cut daily production by more than 1 million barrels, but fell short of that target in May by 573,000 barrels, the delegates said. To compensate, Baghdad agreed to go 57,000 barrels a day below its quota in July, and 258,000 lower in August and September, they said.

Kazakhstan has also agreed on the details for its compensation cuts, said a delegate. Nigeria and Angola haven’t yet submitted plans, and have until June 22 to do so, said another.

The virtual meeting of the OPEC+ Joint Ministerial Monitoring Committee on Thursday didn’t discuss extending or deepening the cuts beyond the current plan, delegates said. It will hold a press briefing early next week, and its next formal meeting on July 15, they said.