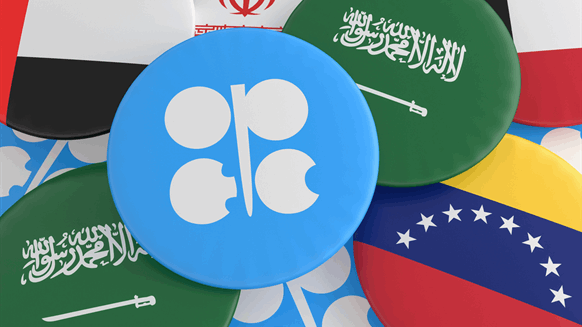 OPEC and its allies seem poised for another contentious meeting in Algeria this weekend.

(Bloomberg) -- OPEC and its allies seem poised for another contentious meeting in Algeria this weekend as Iran -- wounded by U.S. sanctions -- cries betrayal and threatens to veto decisions.

Yet none of this really matters for the oil market.

Squabbles over “violations” of the supply deal, or debates about how to measure compliance rates, are largely background noise. That’s because Saudi Arabia and Russia -- the group’s two largest producers -- have already moved beyond the 2016 deal to cut output, and U.S. President Donald Trump is pushing them to do even more.

“It’s likely to be a meeting high on politics and low on decisions,” said Ole Sloth Hansen, head of commodity strategy at Saxo Bank A/S. “The producers that count are producing at will” and Saudi Arabia and Russia are likely to boost output further, he said.

This much is evident in daily oil flows. Both countries had already starting ramping up shipments in May, one month before the Organization of Petroleum Exporting Countries and its allies agreed to ease their cuts. The extra 1 million barrels a day of supply pledged in June was supposed to be allocated by the committee that meets this weekend in Algiers, but neither country has waited for the results of its deliberations.

Russia has fully rolled back its cuts then added some more oil, taking production to a new post-Soviet record. Saudi Arabia hasn’t yet fulfilled its pledge to lift output to an all-time high, but the kingdom has still added almost half a million barrels to daily supply since May.

This is a violation of the agreement forged in June, according to Iranian Oil Minister Bijan Namdar Zanganeh, who told reporters in Tehran this week that some members are “siding with the U.S.” to carry out “anti-Iranian policies.”

His protests rest on differing interpretations of the convoluted and confounding text that emerged from the group’s last ministerial meeting in Vienna. Did that agreement allow other members to offset supply losses from Iran and Venezuela -- as the Saudis argue -- or did it merely reiterate that each country should pump in line with its individual target -- Iran’s position.

We protect the countries of the Middle East, they would not be safe for very long without us, and yet they continue to push for higher and higher oil prices! We will remember. The OPEC monopoly must get prices down now!

Such technical arguments may inflame passions inside OPEC delegations, but they’re drowned out by Trump’s Twitter bullhorn, which was blasting loud and clear on Thursday.

According to Iran, other countries can’t boost output without breaching the OPEC deal, said Giovanni Staunovo, commodities analyst at UBS Group AG. But with Trump keeping up the pressure ahead of the November mid-term elections, “what should stop the Saudis and Russians producing more?”

Among the countries capable of increasing production beyond current levels, Saudi Arabia and Russia hold about three quarters of the spare capacity, according to Bloomberg calculations using data from the International Energy Agency.

The extent to which these nations decide to tap their idle capacity is what really matters for the oil market. Russia could boost its production by about 300,000 barrels a day above the October 2016 level within a year, Energy Minister Alexander Novak said last week. Whether this actually happens will depend on talks with OPEC and its other allies about extending cooperation into 2019, which will also be on the agenda in Algiers.