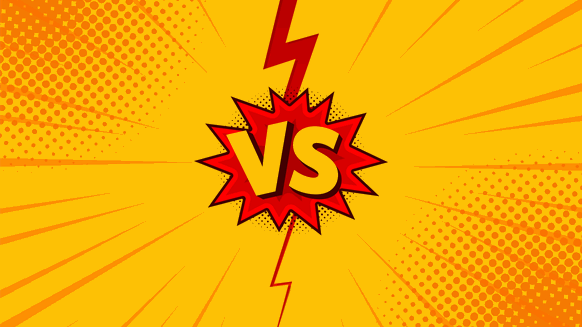 OPEC+ is heading for a politically consequential showdown with President Joe Biden.

OPEC+ is heading for a politically consequential showdown with President Joe Biden, as Saudi Arabia and its allies must choose whether to heed American demands for more oil.

The cartel looked set to rebuff the request, triggering a bare-knuckle fight with the White House, which is worried that inflation caused by high energy prices could derail its economic agenda.

“You take a look at oil prices,” Biden told reporters at a news conference at the United Nations climate summit in Glasgow on Tuesday. Fuel costs are high because of “the refusal of Russia or the OPEC nations to pump more oil.”

It’s a fight that transcends the oil market and goes deep into America’s alliance with the Middle Eastern kingdom, which has been tense since a U.S. report released in February concluded that Crown Prince Mohammed bin Salman approved the killing of Washington Post columnist Jamal Khashoggi. Biden has so far refused to speak with the crown prince, infuriating the royal palace in Riyadh, which had nearly unfettered access to the White House during the Trump administration.

The U.S. is asking OPEC+ to increase the size of its monthly supply hike to between 600,000 and 800,000 barrels a day, said delegates and diplomats. The White House has also indicated that it would accept, at a minimum, that the cartel sticks to its current plan for a 400,000 barrel-a-day increase, if it comes with a pledge that other members will pump extra to compensate for those nations that are currently struggling to hit their targets, they said, asking not to be named because the information is private.

Despite the president’s arm-twisting, which has been supported by Japan and India, several key members of the Organization of Petroleum Exporting Countries and its allies show little sign of bending. Iraq and Kuwait, for example, have said publicly that they should stick to the current plan, which would leave the market in deficit for the rest of the year.

That outcome is widely expected by OPEC-watchers, and the delegate didn’t expect anyone to propose a change to this plan at Thursday’s meeting. Yet OPEC-watchers didn’t rule out a potential surprise.

Either way, the oil market may be in for a volatile few weeks as the conflict between the world’s largest producers and consumers plays out in the aftermath of Thursday’s OPEC+ meeting. That was evident on Wednesday, as crude futures dropped 3.6% to $80.86 a barrel in New York, the biggest one-day loss in three months.

If OPEC+ does bow to American demands, it’s unclear how much extra oil beyond the planned 400,000 barrel-a-day increase would be enough for Biden. But if the cartel were to pledge an increase of 600,000 or even 800,000 barrels a day for December, there would be questions about whether the group could follow through.

The group is already struggling to meet its monthly output targets, as lack of investment in oilfields in countries like Angola, Nigeria and even Kuwait hamper production. Saudi Arabia, Russia and the United Arab Emirates maybe have the capacity to exceed their quotas to compensate for the weaker countries, but doing so would require changes to the existing OPEC+ deal.

One reason for OPEC+ resistance is the risk that, if the extra oil were supplied, it could tip markets swiftly in the other direction. Supply is tight now, but the balance is expected to shift back into surplus early in 2022. If the resumption of nuclear talks between Iran and other world powers later this month results in a deal to lift sanctions, even more crude could flow onto the market next year.

“OPEC+ expects a challenging year in 2022,” said Matthew Holland, analyst at consultant Energy Aspects Ltd. Some members think that any extra barrels added now will only to need to be removed from the market later. “The bar for OPEC+ to add more than 400,000 barrels a day in December is extremely high,” he said.

If OPEC+ does ignore Biden’s request, the U.S. has other tools at its disposal. It could revive antitrust legislation against OPEC+, something unlikely to have any price impact in the short-term. There are more radical measures, such as banning American crude exports, but those could hurt the U.S. domestic oil industry and further disrupt global markets.

The most potent, and perhaps most likely measure would be a release from the Strategic Petroleum Reserve. Such action could have an even larger impact on prices if it were done in conjunction with other industrialized nations that are members of the International Energy Agency.

India and China, the largest oil consumers in Asia that have their own strategic reserves outside the IEA system, could also be asked to join.

Since the creation of the IEA in 1974, there have been three coordinated releases from emergency fuel stockpiles. The first was in the buildup to the Gulf War in 1991, after Iraq’s invasion of Kuwait shut down a large portion of Middle Eastern crude exports. The second followed Hurricanes Katrina and Rita, which badly damaged offshore U.S. oil facilities in 2005. The most recent action was in 2011, to mitigate the supply disruption caused by the Libyan civil war.

“We think the Biden administration is prepared to release crude from the Strategic Petroleum Reserve in an effort to cap prices,” said Helima Croft, commodities strategist at RBC Capital Markets LLC and a former CIA analyst.