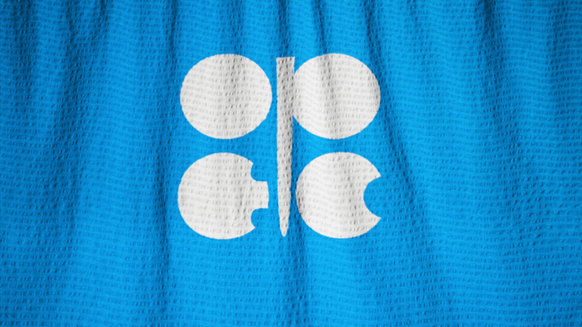 With their next meeting just weeks away, OPEC and its partners are showing no impetus for stronger action to support oil prices.

(Bloomberg) -- With their next meeting just weeks away, OPEC and its partners are showing no impetus for stronger action to support oil prices. But without intervention, some influential forecasters say a new supply glut could send the market crashing early next year.

Crude prices, trading at about $62 a barrel in London, may tumble almost 30% to $45 a barrel if the Organization of Petroleum Exporting Countries and its allies don’t announce deeper production cutbacks, according to Morgan Stanley. Citigroup Inc. and BNP Paribas SA predict a slide to the low $50s.

That would intensify the strain on group members like Venezuela, Iran and Iraq, which are already reeling from economic crises and political unrest. It would also ripple through the rest of the industry, hitting the shale boom that has transformed the U.S. into the world’s biggest oil producer.

“The prospect of oversupply looms over the market in 2020,” said Martijn Rats, global oil strategist at Morgan Stanley. “Either OPEC deepens its cuts, or prices will fall to about $45 a barrel, and force a slowdown in U.S. shale that balances the market.”

Oil supplies from outside OPEC are set to expand twice as fast as global demand next year, as a fragile economy crimps consumption while new supplies flood in from the U.S., Norway and Brazil, the group’s data show. If Saudi Arabia, Russia and others who reined in production this year don’t deepen the cutbacks when they meet in Vienna on Dec. 5 to 6, prices will almost certainly weaken, the banks say.

While OPEC Secretary-General Mohammad Barkindo said the group and its partners are prepared to do “whatever it takes” to prevent another rout, delegates say that the biggest producers in the coalition aren’t pushing for further reductions. Oman’s Oil Minister Mohammed Al Rumhy said on Tuesday the group will likely stick with current output levels.

The Saudis appear to have little appetite for further sacrifices. The kingdom had already cut output more than twice as deep as initially foreseen in October, while others in the alliance -- particularly Iraq and Nigeria -- haven’t delivered on their commitments, according to data compiled by Bloomberg. Russia faces less budgetary pressure than its OPEC counterparts and thus less urgency to act.

Maintaining the current level of cuts could be the right call if recent optimism about 2020 proves correct. Barkindo signaled last week that the pressure on the organization to intervene has abated, as the outlook next year is “brighter” because of surprisingly robust economic growth and a thawing of the U.S.-China trade war.

A number of banks that forecast oil prices, including Goldman Sachs Group Inc., Standard Chartered Plc, DNB ASA and SEB AB say that OPEC+ doesn’t need to cut any further, as crude will hold near $60 or above next year as breakneck growth in U.S. shale output tails off.

Yet other forecasts show that there will be too much crude in world markets, at least in the first half of next year. The International Energy Agency -- which advises consuming nations -- estimates OPEC is currently pumping about 1.5 million barrels a day more than will be needed, and so risks a “daunting” surplus.

“The first half of next year will be extremely oversupplied,” said Bob McNally, president of Rapidan Energy Group and a former oil official at the White House under President George W. Bush. “To prevent swelling inventories and contain bearish price pressure in the first half, OPEC will have to cut again.”

The downturn that may ensue if OPEC doesn’t redouble its efforts could be acutely painful for many of the cartel’s members.

Iran, which has seen its oil exports squeezed by U.S. sanctions, will need a price of $195 a barrel -- more than triple its present level -- to cover planned government spending next year, according to the International Monetary Fund. Venezuela is spiraling ever deeper into economic collapse and social breakdown as its oil production bleeds away, while Iraq has violently suppressed protests against corruption and economic stagnation.

Even Saudi Arabia, OPEC’s biggest member and one of its richest, requires a price of $84 a barrel to finance lavish government spending, according to the IMF. The kingdom also wants to avoid a price crash as it prepares the initial public offering of Aramco.

Stephen Archer  |  November 12, 2019
Or US Independent producers could cut THEIR production. Why must OPEC & OPEC "Friendlies" bare the burden of over production? MAGA my ***; it's a World commodity marketplace.