OPEC Poses Threat to Itself 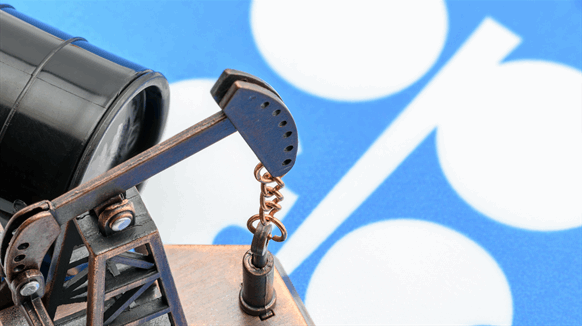 A fresh challenge is emerging from within the organization's own ranks.

(Bloomberg) -- OPEC’s effort to shore up world oil markets during the pandemic is facing a new threat -- from the group’s own rising production.

In the past few months, the resurgent coronavirus has increasingly frustrated the cartel’s attempt to defend crude prices through cutting its output. Oil futures have sunk below $40 a barrel in London to their lowest since May.

But a fresh challenge is emerging from within the organization’s own ranks, just weeks before Saudi Arabia and other oil heavyweights meet to to draw up plans for the year ahead.

OPEC production increased significantly last month, according to a Bloomberg survey. Libya, a member exempt from the pact to restrain production, is reviving exports as its political turmoil eases. Meanwhile, Iraq and Nigeria are once again reneging on pledges to rein in their shipments.

Output from the Organization of Petroleum Exporting Countries jumped by 470,000 barrels a day in October to 24.74 million a day, according to the survey. It’s based on ship-tracking data, information from officials and estimates from consultants including Rystad Energy AS, JBC Energy GmbH, Petro-Logistics SA and Rapidan Energy Group.

OPEC and its partners announced unprecedented supply cutbacks in the spring as lockdowns and the economic fallout from the virus sent fuel demand crashing. The alliance, spearheaded by the Saudis and Russia, is currently keeping about 7.7 million barrels of daily output -- roughly 8% of world supply -- offline to stave off a glut.

The coalition is due to meet on Nov. 30 to Dec. 1, amid growing expectations that it will keep these restraints in place in the first quarter of 2021, rather than ease them as originally planned. In Russia, oil companies met with Energy Minister Alexander Novak on Monday to discuss the possibility of delaying the tapering by three months, according to people familiar with the matter.

The latest supply data show the producers’ difficulties are only growing.

Libya has surprised traders by resuming exports, after military commander Khalifa Haftar -- who has battled the central government for dominance of the country -- agreed to let shipments restart from the ports he controls.

Having pumped just 150,000 barrels a day in September, Libya ramped up to an average of 450,000 last month, the survey showed. Production is currently running at 800,000 a day, and top oil official Mustafa Sanalla is aiming for 1.3 million at the start of next year.

OPEC’s leaders are typically sympathetic when the crisis-torn North African nation revives production. But for the other members who increased last month, patience has worn thin.

Iraq and Nigeria, who had promised to make additional cutbacks to compensate for overproducing, flouted those commitments last month.

With compliance among some key producers deteriorating, their next gathering could see some tense exchanges.