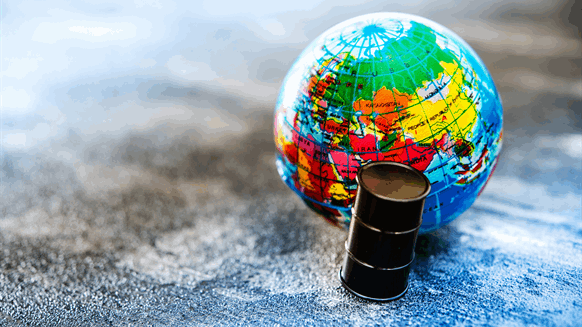 Russia signaled for the first time it was open to Saudi Arabia's push for an emergency meeting.

(Bloomberg) -- OPEC and its allies considered how to respond to a plunge in oil prices, with Russia signaling for the first time it was open to Saudi Arabia’s push for an emergency meeting.

Potential dates being discussed are Feb. 8-9 and Feb. 14-15, though for now the next regular meeting on March 5-6 remains on the schedule, a delegate said.

For days, the kingdom has been pressing to bring forward a meeting of the coalition, as the threat to demand from Asia’s coronavirus pushes prices to a six-month low. Russia has been rebuffing the requests and even on Friday said more time was needed to assess the situation, yet added it was willing to convene and even act if needed. OPEC is holding a meeting of technical representatives — the Joint Technical Committee — on Tuesday and Wednesday to assess the coronavirus’ effect on markets, according to delegates.

“In principle, we’re ready to react on such things,” Interfax reported Energy Minister Alexander Novak saying on Friday. “But for that we need to assess the situation more accurately, monitor how it will develop in coming days.”

Crude traded near $51 a barrel in New York on Friday after a slump of about 16% in January, leaving prices far below the levels most members of the Organization of Petroleum Exporting Countries need to cover government spending.

China is the oil market’s primary source of demand growth and measures taken to slow the spread of the coronavirus -- including a lock-down in one of the country’s major cities and the unprecedented extension of the Lunar New Year holiday -- could wipe out a big chunk of that additional consumption.

Consultant Energy Aspects Ltd. said OPEC is considering a proposal to deepen current production curbs by about 500,000 barrels a day, though there’s no consensus on the idea yet. As OPEC and its partners are already in the midst of steep production cutbacks, many analysts are skeptical on how much more they’re willing to do.

The group unveiled a new set of supply curbs just over a month ago, which only came together after considerable diplomatic wrangling. To implement these, Saudi Arabia has already slashed production to the lowest since 2014.

Russia, which has become the most important producer in the coalition alongside the kingdom, has typically taken some persuading to sign up for additional cuts and has a patchy record of implementing its pledges.

The government in Moscow requires lower crude prices than the Saudis and most other OPEC countries to cover its spending plans. Still, the alliance with OPEC has served the Kremlin’s political and economic interests, with Russia consistently one of the biggest financial beneficiaries of the deal.

If the Organization of Petroleum Exporting Countries and its allies were to agree on an early meeting, history suggests it may result in further action to defend prices. The last hastily-convened gathering, in Algiers in late 2016, is where the OPEC+ coalition was first created. At the previous emergency meeting, in 2008, the group reduced output as the global financial crisis slashed demand.

The risks of inaction could be severe. The plunge in oil prices has been mitigated by the halt of exports from OPEC member Libya, where a militia leader, Khalifa Haftar, has blockaded oil ports while haggling over a peace settlement with the national government.

A resolution there could restart the flow of about 1 million barrels a day onto world markets, sending prices even lower.

There are already signs that physical oil markets are coming under pressure, as the premium on prompt Brent crude contracts versus later deliveries begins to diminish.

To contact the editors responsible for this story:
James Herron at jherron9@bloomberg.net
Helen Robertson, Jennifer Ryan