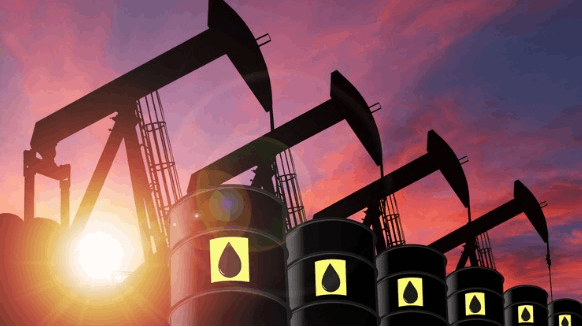 OPEC+ nations that had been pumping more oil than their quotas are starting to fall in line.

(Bloomberg) -- OPEC+ nations that had been pumping more oil than their quotas allow for are starting to fall in line and provide details to other members of the cartel on how they’ll make extra reductions to compensate.

Nigeria, Angola, Gabon and Brunei have submitted plans to the OPEC secretariat in Vienna this week showing that output will be throttled back, according to delegates who asked not to be identified. Iraq and Kazakhstan delivered their schedules at an OPEC+ meeting last week.

The Organization of Petroleum Exporting Countries and its partners committed to cutting supply by 9.7 million barrels a day -- about 10% of global production -- until at least the end of July to offset the collapse in demand caused by the coronavirus crisis.

Implementation of the accord has been patchy. At a monitoring meeting last week, countries that hadn’t fulfilled their curbs promised to make up the shortfall with additional reductions over the coming months. That amounts to 1.26 million barrels a day, spread out between now and September.

Iraq, a habitual laggard, will account for just under half of the total. Having implemented only 46% of its promise to reduce supply by 1.06 million barrels a day in May, it will now cut an additional 573,000 a day over the next three months. It’s obligated to lower production by an extra 57,000 in July, and then 258,000 in August and September.

Nigeria, the next-biggest transgressor within the OPEC cartel, has pledged to make up for its 180,000 barrel-a-day overproduction in May by cutting an extra 45,000 a day each month between June and September.

Despite the stumbles, overall implementation of the new curbs by OPEC+ was strong last month, at 87%. Oil prices have strengthened as a result of the measures and a recovery in fuel demand in nations such as China. Brent crude has more than doubled since late April to around $43 a barrel, though it’s still down this year almost 35%.

Saudi Arabia and Russia, the leading members of the 23-nation OPEC+ coalition, planned to hold a press conference once the details on compensation cuts were provided. Timing of the event has yet to be finalized.

To contact the editors responsible for this story:
James Herron at jherron9@bloomberg.net
Paul Wallace, Helen Robertson