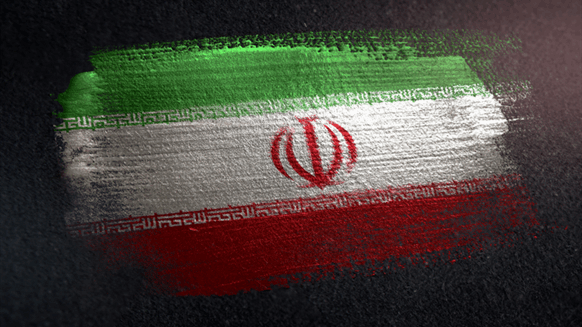 When OPEC and its allies gather in the Saudi Arabian city of Jeddah this weekend their conversation will be dominated by Iran.

(Bloomberg) -- When OPEC and its allies gather in the Saudi Arabian city of Jeddah this weekend, their conversation will be dominated by a member of the group that isn’t there: Iran.

As U.S. President Donald Trump squeezes oil exports from the Islamic Republic with sanctions, the discussions among other producers such as Saudi Arabia and Russia will likely focus on whether they need to fill a resulting supply gap. Their talks take place amid flaring political tensions in the Middle East, where Riyadh says its oil tankers and pipeline network were attacked this week.

“It’s a critical issue,” said Ed Morse, head of commodities research at Citigroup Inc. in New York. “This is a very tight physical market which is confronting significant losses of supply, and seeing signs of potential disruption in the Persian Gulf.”

Oil prices, holding near $72 a barrel in London, could easily climb this summer as global supplies are strained by Trump’s crackdown on Iran and simmering geopolitical tensions from Venezuela to Libya. But as opening the taps too soon could instead send prices crashing, Riyadh and Moscow face a dilemma over their next move.

“They should keep supply on a leash for now,” said Derek Brower, a director at consultant RS Energy Group Inc. “The market wants OPEC to recognize that balances will weaken later this year, and also next year.”

The two oil giants are spearheading a coalition known as OPEC+, made up of producers from the Organization of Petroleum Exporting Countries and beyond, which has been restraining output this year to keep world markets balanced. A committee including all major members except Iran will review market conditions on Sunday before the full group meets next month.

As the White House tightens its crackdown on Iran’s oil sales, Saudi Arabia is under pressure to compensate by raising its crude production. Trump tweeted on April 26 that he’d secured the kingdom’s pledge of co-operation.

Iran’s oil output has tumbled more than 30% since last May, data compiled by Bloomberg show, when Trump abandoned an agreement on the country’s nuclear program and announced that financial sanctions would be re-imposed. Production could plunge further this month, to the lowest since the Iran-Iraq war in the 1980s, the International Energy Agency predicts.

Nonetheless, a decision by the Saudis and Russia to shift from restraining supply to boosting it isn’t straightforward.

There’s still no clarity on whether Iran’s biggest customer, China, will flout the U.S. ban and thus how far output will ultimately fall. Saudi Arabia is reluctant to repeat its experience of last year, according to Citigroup’s Morse, when it ramped up production in anticipation of a shortage that never arrived.

Riyadh bolstered output to record levels last autumn as U.S. officials promised to completely choke off Iranian supplies, only to see prices crash 35% in the fourth quarter as the Trump administration allowed some flows to continue. Saudi Arabian Energy Minister Khalid Al-Falih said late last month that while the kingdom will ultimately accommodate Iran’s customers, it’s not going to rush.

“The Saudis have been very conservative when it comes to adding barrels to the market,” said Mohammad Darwazah, a director at Medley Global Advisers in New York. “Saudi policy makers will certainly have a difficult needle to thread as they balance U.S. pressure to replace Iranian barrels with their own fiscal needs.”

A Saudi move to increase production substantially, and in the process take away Iran’s customers, could also be a severe test of OPEC’s unity.

OPEC+ nations are currently bound by limits on their output which run until the end of June, when the agreement could either expire or be renewed. Saudi Arabia is entitled to raise production by about 500,000 barrels day from last month’s levels, or about 5%, and still remain within its agreed restrictions.