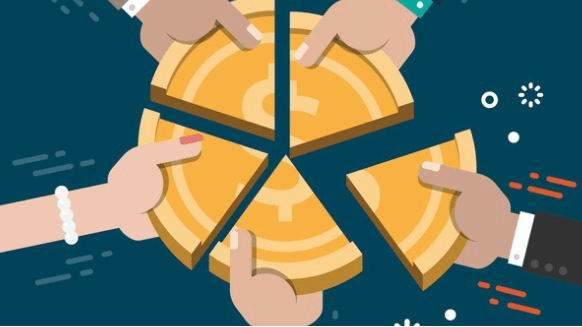 OPEC expects to emerge from the pandemic with a greater share of global oil sales.

(Bloomberg) -- OPEC expects to emerge from the pandemic with a greater share of global oil sales, after 2020’s price downturn battered rivals in the U.S. and elsewhere.

The Organization of Petroleum Exporting Countries boosted forecasts for the amount of oil it will need to supply over the next four years, shifting last year’s prediction that it would lose market share until the middle of the decade.

World oil demand will return to pre-crisis levels in 2022, by which time the group will need to provide 34.3 million barrels a day, or about 1.4 million more than previously projected. The 13-member cartel controls about a third of global supplies.

The turnaround would provide some breathing space for OPEC and its allies, who have halted vast amounts of crude production this year while the coronavirus shock depresses fuel demand. OPEC pumped 24.4 million barrels a day of crude in September, according to Bloomberg data.

OPEC+, a coalition that spans members of the cartel like Saudi Arabia and outsiders such as Russia, aims to restore the halted output over the next 18 months, and the retreat of their competitors would help with that plan.

The alliance’s efforts to phase out the cuts have so far been stymied, as a slow recovery in demand pins crude prices near $40 a barrel, much lower than most OPEC members need to cover government spending.

In its World Oil Outlook published on Thursday, OPEC projected that demand will continue to grow for another two decades -- countering the increasingly prevalent industry view, espoused by companies from BP Plc to Royal Dutch Shell Plc, that the transition to cleaner energy will herald a more imminent plateau.

Still, the cartel gave its clearest acknowledgment to date that the switch to electric cars and renewable fuels means demand will ultimately peak, a threshold it sees around 2040. For years OPEC’s leading members dismissed the concept of a peak in demand as “misguided.”

In the nearer term, OPEC’s prospects are brighter.

The report downgraded forecasts for the group’s long-standing competitor, the U.S. shale industry. American drillers eroded OPEC’s market share for much of the last decade, but are suffering a sharp setback this year as the price rout slashes spending and pushes some companies into bankruptcy.

America will nonetheless be the second-biggest source of new oil by mid-decade, slightly trailing Brazil. Fears of supply shortage have regularly proved unfounded in the oil world as the industry adapts to challenging circumstances, and OPEC’s latest projections may again miss the mark.

Even with shale’s slower growth, OPEC will see its own oil supplies slip again in 2025 back below last year’s levels, to 33.2 million barrels a day. The figures include natural gas liquids, rather than just the crude oil that OPEC uses for its production quotas.

Global oil demand will recover after this year’s record 9% slump to reach pre-crisis levels of 99.8 million barrels a day in 2022, according to the report. It will continue to increase for the next two decades as emerging nations -- led by India -- make up for declining consumption in the developed world.

After 2025 however the growth rate will roughly drop in half, and demand will hit a plateau of 109.3 million barrels a day in 2040. It will then slip slightly through to 2045, by which time 16% of the vehicles in use will be electric.

Even with the stagnation of world consumption, OPEC expects the need for its own oil will continue to grow, reaching 43.9 million barrels a day in 2045, as most countries outside the group see their production decline.

Key ministers from the OPEC+ alliance will weigh up the near-term outlook during an interim review meeting on Oct. 19. The full coalition gathers for two days from Nov. 30 to finalize whether they proceed with next year’s scheduled supply increase.