OPEC Considers Moving the Goalposts - Here's Where They Might Go 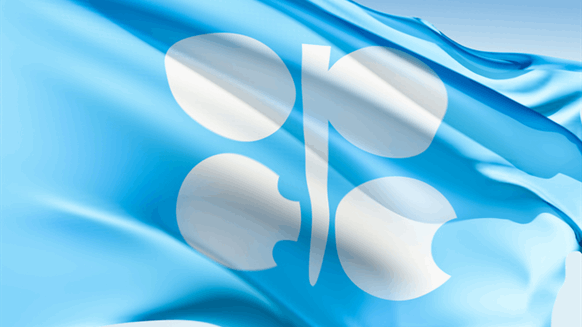 The 24-country alliance wants to reduce oil stockpiles to their five-year average.

(Bloomberg) -- After a year of production cuts, OPEC and Russia are finally near their goal of shrinking the world’s swollen oil inventories. So why are they planning to change their target?

The answer lies somewhere between the murky and incomplete nature of oil data and the competing interests within the producers’ group.

The 24-country alliance wants to reduce oil stockpiles to their five-year average, a goal that is almost at hand according to figures from the International Energy Agency. Yet Saudi Arabia and Russia now say that metric is flawed -- distorted by years of excessively high supplies and patchy data outside developed economies.

Choosing a different measure of success could further reinforce the need for supply curbs to continue for the whole of 2018 -- something Saudi Arabia is keen to ensure as it prepares the historic initial public offering of its state oil company. Other methods might indicate the rebalancing of the market is already complete, potentially allowing some producers to end their self-imposed restraint.

Here are some of the possible options:

Saudi Arabia Energy Minister Khalid al-Falih has said that, rather than just comparing inventory levels to their average, OPEC should consider how quickly they’re likely to be consumed. This gauge, known as forward demand cover, measures inventories in terms of the number of days they will last.

There are good reasons for considering that measure -- it better reflects how consumption has grown over the past few years -- but wouldn’t necessarily back Al-Falih’s insistence that producers stick with the cuts all year. Inventories in developed economies equated to about 60.6 days worth of demand in December, according to IEA data, which is already back in line with the five-year average.

OPEC hasn’t said it’s exclusively targeting inventories in the developed world, but in reality there’s little reliable data for anywhere outside the 34 countries that make up the Organization for Economic Cooperation and Development. Those stockpiles were 52 million barrels above the five-year average in December, according to the IEA.

It’s harder, but possible, to compile a global picture. Could data from major consumers like China and India tell a different story?

According to Citigroup Inc., a global measure actually shows OPEC’s mission is already accomplished. Adding non-OECD countries including Saudi Arabia and Brazil, as well as the crude stored at sea on tankers, to the mix shows inventories are already at their five-year mean, the bank said.

Turn Back the Clock

The oil market is emerging from a long period of oversupply that drove prices to 12-year lows and lifted U.S. crude inventories to the highest level in decades. That means any calculation of a five-year average “is overly weighted by three years of excessive inventory,” according to Saudi Arabia’s Al-Falih.

The average has been rising steadily throughout the price slump. For January, when the period included in the calculation switches from 2012-2016 to 2013-2017, the number will jump by so much that it almost converges with current stockpile levels -- a rather hollow victory in OPEC’s quest to eliminate the glut.

Some of that excess would be filtered out by comparing inventories to an earlier period before the surplus emerged. Using 2011-2015 would indeed justify Al-Falih’s argument that OPEC has some way to go before the job is done.