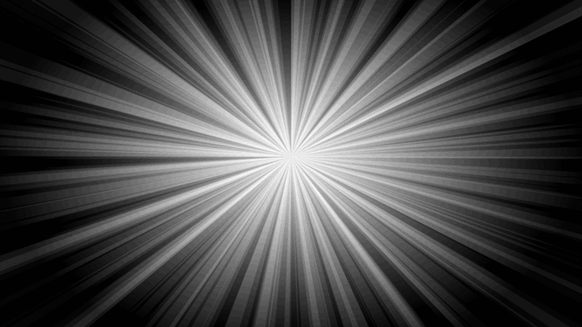 These days, the Bakken is looking like anything but a boom.

(Bloomberg) -- It was once the center of America’s shale boom -- a vast reservoir of crude unleashed by hydraulic fracturing and horizontal drilling, turning North Dakota into the second-largest oil producer in the U.S. and helping transform the nation into the world’s largest supplier.

These days, the Bakken is looking like anything but a boom. Drilling in the once-prolific shale formation straddling North Dakota, Montana and parts of Canada has all but halted -- another victim of the pandemic that sapped fuel demand worldwide. Output is believed to have fallen by as much as half a million barrels a day this year. Even before the virus, drillers there were struggling to compete with fast-improving margins in Texas’s Permian Basin. Now, the looming shutdown of the Dakota Access pipeline that carries more than a third of the region’s oil to market threatens to keep the play from booming ever again.

“This court ruling will create major obstacles for producers in North Dakota, who’ve been struggling to rebound,” said Sandy Fielden, director of research for Morningstar Inc. The buyers of Bakken crude, he said, will simply turn elsewhere for supplies once the pipeline dries up.

On Monday, a U.S. district court ruled that Energy Transfer LP’s Dakota Access pipeline will have to shut by Aug. 5. If the ruling survives appeals, it would be the first time a major pipeline in service was ordered shut because of environmental concerns. Exactly how long it will be down is unclear -- the court has decided it should remain closed until a proper environmental review is complete. That process could extend into 2021.

One thing’s clear: The closure will be devastating for the Bakken, which once jostled to become the nation’s most prolific crude-producing field and defined the careers of some of the most well-known titans of shale including Continental Resources Inc.’s Harold Hamm and Whiting Petroleum Corp.’s former chairman, Jim Volker.

Dakota Access, which started up in 2017, was fundamental to advancing North Dakota’s oil production. Output grew to a record volume of 1.52 million barrels a day in November but has fallen since the spread of the coronavirus devastated demand. The state expects crude output in May probably fell below 1 million barrels a day for the first time since 2017. Even before the pandemic, it was struggling to attract investment as more money flowed to the Permian Basin of Texas and left reeling from Whiting’s bankruptcy in April. Bakken producers have shut in nearly 7,000 wells as oil markets languish due to the pandemic, according to the Bakken Restart Task Force.

Shutting the pipeline will mean oil can’t leave the state economically at a time when a pandemic-related glut gives buyers plenty of oil to choose from. Dakota Access connects with Energy Transfer’s ETCO crude pipeline and provides users a pathway to send barrels from North Dakota to the Gulf Coast. This system charges from $5.50 to more than $8.00 a barrel. The alternative of using rail would double the cost of transportation.

The Bakken was already losing its luster in favor of oil fields in Texas, which are cheaper to produce. The number of rigs drilling for oil there tumbled more than 80% this year, according to Baker Hughes Co. “Capital allocation, on a relative basis, was more skewed to the lower breakevens that exist in the core areas of the Permian,” Vincent Piazza, senior U.S. oil and gas analyst for Bloomberg Intelligence, said by phone. “Even operators in the Bakken were looking elsewhere.”

The price of Bakken crude at Clearbrook, Minnesota, weakened Monday with the discount to West Texas Intermediate oil widening $1.15 to $2.75 a barrel, the biggest decline since late May, data compiled by Bloomberg show.

Phillips 66, which owns a stake in the pipeline, said Monday it was disappointed in the court ruling. “The negative impacts resulting from this court’s decision to markets, customers, and jobs up and down the energy value chain will inflict more damage on an already struggling economy and jeopardize our national security,” Dennis Nuss, a spokesman, said in an emailed statement.

Continental, a shale producer founded by Hamm, said the bulk of its oil is shipped on other pipelines. “That being said, we believe that today’s DAPL court decision is harmful to royalty owners, the state of North Dakota and the American consumer,” Kristin Thomas, a spokeswoman, said in an email. “This decision will serve to drive the price of crude higher.”

--With assistance from David Wethe and Rachel Adams-Heard.

To contact the reporters on this story:
Robert Tuttle in Calgary at rtuttle@bloomberg.net;
Sheela Tobben in New York at vtobben@bloomberg.net

To contact the editors responsible for this story:
Jasmina Kelemen at jkelemen2@bloomberg.net
Catherine Traywick, Carlos Caminada