One of the Oldest LNG Deals is Unraveling 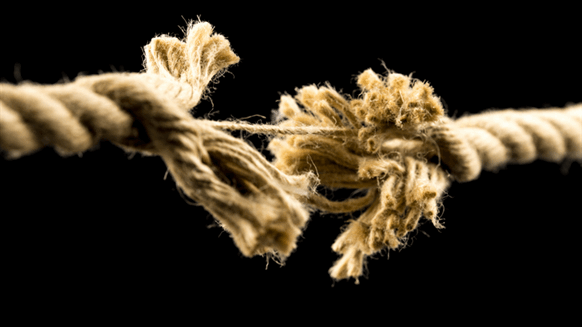 One of the world's oldest liquefied natural gas deals may be set to end as buyers face a supply glut and demand uncertainty exacerbated by the coronavirus pandemic.

(Bloomberg) -- One of the world’s oldest liquefied natural gas deals may be set to end as buyers face a supply glut and demand uncertainty exacerbated by the coronavirus pandemic.

The almost 50-year old agreement to buy fuel from PT Pertamina’s Bontang terminal in Indonesia is set to expire at the end of this year. Kyushu Electric Power Co., one of six Japanese utilities in a buyers’ consortium, won’t renew its contract. Toho Gas Co. is also walking away, a person familiar with the matter said.

The end of the accord would underscore how a global supply glut and persistently low spot prices are hurting the long-term agreements the LNG industry was built on. Such deals fell to 66% of the LNG trade by 2019 from 84% a decade earlier, according to the International Group of Liquefied Natural Gas Importers.

The pact can be traced back to 1973, when a group of Japanese firms agreed to purchase LNG from then-unbuilt Bontang, helping Indonesia get financing and launch its first export plant in 1977. Some of the buyers signed a separate deal with the plant in 1981.

In 2009, with both deals near expiration, Pertamina and the six buyers agreed to combine them into one pact for 3 million tons a year through 2015 and 2 million tons through 2020, at a price of 15.4% of the cost of oil in Japan.

That slope makes it one of the most expensive pricing structures that Japan has, according to data from BloombergNEF. One of the buyers, Osaka Gas Co., last year sought arbitration over a similarly-priced 20-year contract with Exxon Mobil Corp. as part of its efforts to seek lower costs.

Japan’s LNG imports fell 6.5% this year with growing renewable power generation, restarts of nuclear reactors and the COVID-19 outbreak cutting domestic demand for the fuel. Japanese buyers could be forced to let more deals expire in the coming years as losses on resale of surplus supplies mount amid discounted spot prices.

Not all global buyers are giving up on long-term deals, which have the advantage of securing supply at a fixed rate. France’s Total SA and Algeria’s Sonatrach in June extended another of the oldest ongoing LNG contracts, which started in 1972, for a further three years.

Term agreements are also getting cheaper. China Petroleum & Chemical Corp., known as Sinopec, awarded a 10-year supply deal to Qatargas this month at a 10%-10.2% link to Brent oil prices.