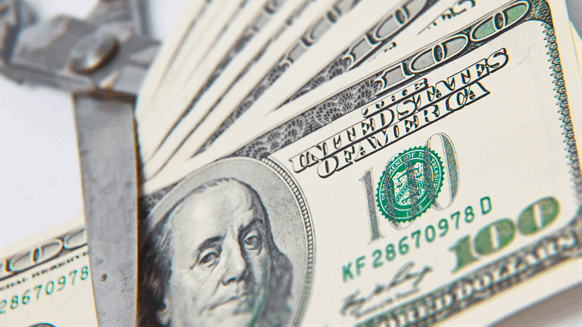 One of the oil industry's highest-paid executives is taking a pay cut as his company braces for possibly difficult times ahead after its stock plunged last year.

(Bloomberg) -- One of the oil industry’s highest-paid executives is taking a pay cut as his company braces for possibly difficult times ahead after its stock plunged last year.

Nabors Industries Ltd. Chief Executive Officer Anthony Petrello agreed to forfeit $4 million in restricted stock in exchange for a symbolic award worth $1,500, the Hamilton, Bermuda-based company said in a filing on Friday. The CEO’s salary is also dropping 10 percent this year to $1.58 million.

Shares of Nabors, the world’s largest owner of onshore drilling rigs, tumbled 71 percent last year, the third-worst performance in the 15-company Philadelphia Oil Services Index. The firm is more exposed than rivals to international markets, which have lagged behind the U.S. in recovering from the worst crude crash in a generation four years ago.

“It’s just recognizing we could be in for a rough patch, we may have to take some actions to tighten the belt, and the first belt we’re going to tighten is on the executive officers,” said Nabors spokesman Dennis Smith. “The top guy shouldn’t be immune.”

The recent announcement by Saudi Arabia to curtail output in light of lower oil prices could dampen activity for companies working there, including Nabors. The firm terminated workers in administrative and research roles late last year, Smith said, declining to elaborate on the number. There could be additional pay cuts among the CEO’s direct reports, he said.

It’s unclear if the pay cuts will be enough to satisfy investors. The stock is down about 86 percent since Petrello, 64, became CEO in October 2011, far worse than drillers Patterson-UTI Energy Inc. and Helmerich & Payne Inc. Over that period, he’s taken home $133.6 million, counting cash compensation, perks, vested stock awards and exercised options. That’s more than double what the two rivals paid its top leaders, according to data compiled by Bloomberg.

Investors have voiced discontent with the firm’s pay practices and governance. Since 2011, Nabors has received 42 percent support on average in its annual advisory vote on executive compensation, and shareholders have repeatedly withheld votes for directors. Support levels on pay below 80 percent are rare at publicly traded U.S. firms.

The agreement announced Friday also included a provision that caps the number of restricted shares Petrello can receive if the firm’s stock return is negative. He previously agreed to a 10 percent salary reduction in 2015 and 2016 as part of cost cuts.

Late Tuesday the company announced that investors aren’t immune from cuts either, as the quarterly dividend will be slashed by 83 percent to 1 cent per share beginning in the second quarter. Shares in after-hours trading fell as much as 4.2 percent.

“The industry experienced a sharp drop in oil prices during the fourth quarter of 2018,” Chief Financial Officer William Restrepo said Tuesday in a statement. “Given the recent oil price rally this past week, it is uncertain to what extent this volatility could lead our U.S. customers to scale back investment.”

Tom Graves  |  January 09, 2019
While I have little doubt that Mr. Solomon's comments should be taken seriously, Bloomberg has joined the ranks of "fake news" and/or "anything for a juicy headline." Noble is so far outside the boundaries of being a meaningful analogue for the "state of the industry," there is no meaningful news to report. When the men at the top of Concho, Pioneer, Apache, Parsley and other operators who do not rely on the whims of foreign governments take a cut, you will know there is a problem.