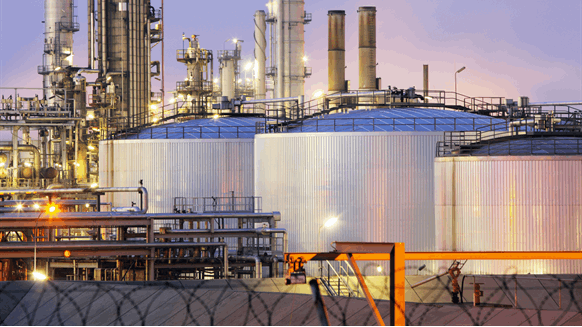 The expansion would more than double the amount of crude traders could store at Fujairah, the world's second-largest refueling port.

(Bloomberg) -- Brooge Petroleum and Gas Investment Co. plans to expand its crude-storage capacity six-fold at the Middle Eastern port of Fujairah to meet “huge” demand at the busiest oil-trading hub in the region.

The United Arab Emirates-based business will sign contracts by the end of the first quarter, or soon after, to lease out the additional capacity, Chief Executive Officer Nicolaas Paardenkooper said in an interview. It will complete a study for the project over the same period and may start construction work by the end of 2020.

“The company’s philosophy has always been to get contracts in place first and then get the land and then start construction,” Paardenkooper said. “We’ve never built on speculation.”

Brooge’s planned expansion would more than double the amount of crude traders could store at Fujairah, the world’s second-largest refueling port for ships. State-run Abu Dhabi National Oil Co. has capacity nearby that it too is expanding many times over; Adnoc’s plans include the construction of crude-storage tanks beneath Fujairah’s mountains.

A “leading European oil major” has signed a memorandum of understanding to take some of the capacity, and a “global institutional fund” has proposed financing, the holding company that owns Brooge said in a November filing to the U.S. Securities and Exchange Commission. Brooge Holdings Ltd. didn’t identify the oil major or the fund in its filing.

The next phase of Brooge’s tank farm would be built on 450,000 square meters (4.8 million square feet) of land that it agreed to lease last July. Brooge has also earmarked the site for the next phase of a refinery. The company and its partner Sahara Energy have almost finished building a 24,000-barrel-a-day refinery, which they could expand to process as much as 250,000 barrels a day.

Brooge is keen to increase business outside its home market and is considering investing in facilities abroad, “but always in our core businesses, which is terminals or refining -- no commodity risks,” Paardenkooper said.

To contact the editors responsible for this story:
Nayla Razzouk at nrazzouk2@bloomberg.net
Bruce Stanley, Alaric Nightingale