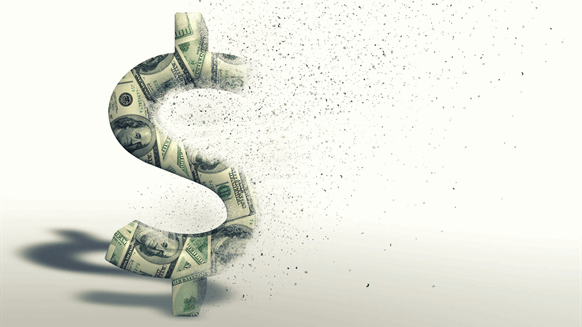 Oil's rally stuttered as uncertainty over the status of trade negotiations between the U.S. and China stoked concerns over global economic growth.

(Bloomberg) -- Oil’s rally stuttered as uncertainty over the status of trade negotiations between the U.S. and China stoked concerns over global economic growth.

Futures for May were little changed in New York after dropping as much as 0.4 percent. China was said to be pushing back against American demands, raising speculation that trade tensions between the world’s biggest economies will persist. Still, the price drop was cushioned by an American Petroleum Institute report that was said to show U.S. crude stockpiles declined 2.13 million barrels last week before government data due Wednesday.

Crude has surged nearly 30 percent this year on Saudi-led output cuts by the OPEC+ coalition that seeks to avert a global glut, and as American sanctions have also squeezed supplies from Venezuela and Iran. Meanwhile, a measure of oil volatility has risen 10 percent this week after Russia pressured the producer group to delay extending its curbs at a time when hopes are dimming over a trade deal between the U.S. and China.

“Oil’s struggling to break above $60 on many uncertainties, especially surrounding the result of the U.S.-China trade negotiations,” Kim Kwangrae, a commodities analyst at Samsung Futures Inc., said by phone from Seoul. “While crude’s rally has been fueled by Venezuela and OPEC’s commitment to curb output, the outcome of trade talks will determine the near-term direction.”

Brent for May settlement increased 20 cents to $67.81 a barrel on the London-based ICE Futures Europe exchange. The contract added 7 cents to $67.61 on Tuesday. The global benchmark crude traded at an $8.47 premium to WTI for the same month.

Some U.S. negotiators are worrying that Chinese officials have shifted their stance as they haven’t received assurances from the Donald Trump administration that tariffs imposed on their exports would be lifted after agreeing to changes to their intellectual-property policies, according to people familiar with the negotiations.

In a continuation of efforts to hammer out a deal, U.S. Trade Representative Robert Lighthizer and Treasury Secretary Steven Mnuchin will travel to Beijing the week of March 25 for high-level talks, said a senior administration official who asked not to be identified.

Meanwhile, nationwide crude inventories in the U.S. decreased by more than 2 million barrels last week, industry-funded API was said to report. If confirmed by the Energy Information Administration’s data Wednesday, it would be the second week of declines. The median forecast in a Bloomberg survey of analysts signals an increase of 1.75 million barrels.