Oil's Leap Toward $100 Softens the Blow of Russia Sanctions 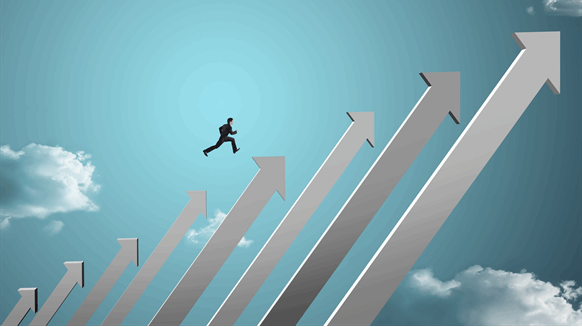 As US lawmakers mull a new round of 'crippling' sanctions, some traders are predicting the price of Russia's main export will hit $100 a barrel for the first time since 2014.

(Bloomberg) -- When former U.S. President Barack Obama first imposed sanctions on Russia in 2014, a plunge in global crude prices turned the penalties into a crushing blow. This time round, oil markets are doing the opposite.

As U.S. lawmakers mull a new round of “crippling” sanctions, some traders are predicting the price of Russia’s main export will hit $100 a barrel for the first time since 2014. The windfall from higher oil revenue could end up mitigating the effect of even the harshest measures under discussion in Washington and investors are picking up Russian government bonds on the back of crude’s gains.

“The surge in oil prices should outweigh the sanction fear,” said Viktor Szabo, a portfolio manager at Aberdeen Standard Investments in London. “Russia is one of the strongest among emerging markets in terms of fundamentals.”

The renewed threat of U.S. penalties lumped Russian assets in with the worst performers amid the summer’s broader emerging-markets slump, but the subsequent crude-oil rally and central bank ruble support have sparked a rebound. In Washington meanwhile, U.S. lawmakers continue to brandish sanctions that could see a ban on new sovereign debt sales and even shut Russian banks out of the international financial system.

Paul McNamara, a London-based fund manager at GAM UK Ltd. with an overweight position in Russian ruble bonds, says he added to his holdings after the Russian central bank paused its policy of topping up reserves with hard-currency purchases to avoid exacerbating ruble weakness.

While he concedes that the tougher version of the penalties would mean “more downside” for Russian markets, “major macro issues” can be avoided with oil trading where it is. And if sanctions don’t materialize in their harshest form, current oil prices “put Russia in a very strong position,” he said.

The ruble trimmed its third weekly advance on Friday, the longest winning run since January. Yields on 10-year local debt have fallen 14 basis points this week to 8.55 percent, the lowest level since Aug. 16.

Daleep Singh, a former Treasury official who helped pen the sanctions against Russia in 2014, admitted in a recent testimony that most of the economic contraction in the country was caused by the decline in oil, not by limiting some Russian companies’ access to capital markets. “Most credible estimates” are that 10 percent to 40 percent was caused by U.S. sanctions, Daleep said.

After skipping four local bond sales in a row, the longest stretch since the 2014 crisis, Russian officials say they have no need to rush back into the market and meet investors’ demand for a yield premium. The recent ruble weakness and elevated oil prices mean that the value of a barrel of Brent in ruble terms is close to a record, bolstering the budget and helping the government meet its local-currency spending goals.

“The higher price of oil helps because it insulates the economy from needing access to the debt markets, if that were touched in a worse-case scenario,” said James Barrineau at Schroders, who has also been picking up local OFZ debt. “It will help sovereign savings to grow and thus make market access less important in the short term,” as well as giving the government funds to support banks should the U.S. curtail their market access, he said.

While the impact of oil on the economy is easy to put a number on, the background threat of sanctions that may or may not materialize can’t be quantified. The U.S. Congress is unlikely to pass any new sanctions on Russia before the U.S. midterm elections in November, according to a Republican aide and a lawmaker.

“Sanctions are a roller-coaster,” Erich Arispe, director of sovereigns at Fitch Ratings Ltd said in an interview. “What we’ve seen repeatedly is that sanctions don’t stop. We are factoring that in for the foreseeable future.”