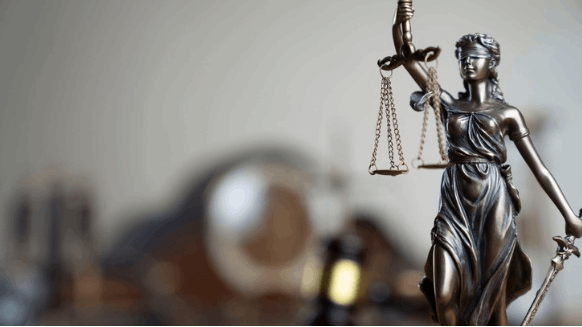 In their lawsuit, investors allege Anadarko executives kept repeating rosy expectations about Shenandoah long enough to profit from them.

(Bloomberg) -- The meeting would mark the beginning of the end of Lea Frye’s career in oil and gas.

It was February 2014. Frye, at the time a senior engineer with Anadarko Petroleum Corp., had the job of calculating how much oil was waiting to be extracted from fields Anadarko owned. She was known to be forthright about her analyses. “She tells the truth no matter the circumstances,” her manager said in a later performance review.

Going into the conference with senior executives, Frye had arrived at her own conclusion about Anandarko’s most ballyhooed find -- one that now has stockholders suing over what they call the company’s fraud. The field’s name: Shenandoah. Frye told Anadarko’s top brass that their excitement wasn’t justified, that Shenandoah, in the Gulf of Mexico, was “likely much smaller” than the company claimed.

The reaction was swift. “You do not know anything,” Vice President Ernest Leyendecker told her, according to documents recently unsealed by the U.S. District Court for the Southern District of Texas. Shenandoah was “the best field ever,” he said -- as good as any discovery Anadarko had ever made.

Over the next two years, Frye said she was harassed, belittled, sidelined and eventually hounded out of Anadarko, according to court documents. The investors’ complaint says the company continued to express publicly, despite worrisome drilling results, that Shenandoah was a game-changer worth as much as $4 billion.

Frye left Anadarko in 2016. The next year, the company wrote off Shenandoah’s entire value. The project had gone from a multibillion-dollar golden goose to worthless.

In their lawsuit, investors are pointing to Frye’s experience as evidence that Anadarko executives kept repeating their rosy expectations long enough to profit from them. When Occidental Petroleum Corp. bought the company in August 2019 for $37 billion, Chief Executive Officer Al Walker received a $100 million golden parachute. Another $200 million went to members of Walker’s senior team. Investors say that, had Frye’s concerns been made public earlier, they would have raised questions about Anadarko’s governance and potentially affected the executives’ ability to sell.

“Defendants are sufficiently sophisticated to have realized that any revelation of their scheme would have likely made Anadarko unmarketable to potential acquirers or at least cost them their jobs -- either of which would have cost them over $100 million in golden parachute payments,” the investor group said in an amended complaint filed last month in the U.S. District Court.

Lawyers representing Anadarko, Walker and Leyendecker say the case should be dismissed because the investor group can’t prove that executives made comments about the Shenandoah project “with an intent to deceive, manipulate or defraud.” Their motion to dismiss the case, filed in June, before key documents in Frye’s earlier case were unsealed, was denied Aug. 18.

Even before the coronavirus pandemic sent oil prices plummeting and producers reeling, investors had soured on America’s independent oil drillers, pointing to years of companies promoting barrels that were far more profitable on paper than they were in reality.

Shareholder class-action lawsuits are often an uphill battle. Most of them get tossed. This one, however, has something others don’t: internal documents from a lead engineer.

Frye had filed a separate suit in 2017 against Anadarko, seeking damages for whistle-blower retaliation after filing a claim with the U.S. Securities and Exchange Commission the year before. That suit was recently dismissed, with a judge siding with Anadarko, but in a rare move the court unsealed key documents related to the case.

The complaint alleges that Anadarko executives instructed engineers to disregard negative data points and ignored their concerns when they refused to comply.

In the documents, whose existence was first reported by The Gazette in Colorado Springs, Colorado, Frye said executives rejected her findings even when two more wells were drilled in Shenandoah that seemed to support her assessment that the project wasn’t as prolific as company executives thought.

After the drilling results came in, Anadarko stood by its previous guidance, the lawsuit says. “We’re very encouraged with what we saw,” Walker said on a conference call in October 2015.

Around the same time, Anadarko called in an internal group it called the Risk Consistency Team. Its purpose was to evaluate whether the company was selectively ignoring relevant data in order to promote positive results. The team’s feedback “confirmed the dramatic overstatement of the Shenandoah resource,” according to a section of Frye’s complaint that remains partially redacted. “Put into dollar terms, this was a multibillion-dollar exaggeration, even at depressed oil prices.”

Anadarko ignored the Risk Consistency Team’s findings, according to the investor lawsuit. Before Frye decided to leave Anadarko in 2016, she filed a whistle-blower complaint with the SEC detailing what she believed was fraud.

“This woman, to her detriment, spoke up early and often, even went to the extraordinary length of sending a letter to the SEC and faced unrelenting retaliation from the defendants as alleged,” said Jason Forge, a partner at Robbins Geller Rudman & Dowd LLP who’s representing the group of investors.

The investor lawsuit takes aim at the payouts to Walker and a handful of other executives when Anadarko’s sale to Occidental closed last year. Walker now serves as a director at companies including ConocoPhillips.

Frye, 47, currently works as a wildlife photographer in Colorado. In an email interview, she said the Shenandoah example was particularly egregious but that a lack of oversight enables companies across the industry “to make unchecked exaggerations that benefit company executives and ultimately harm or threaten to harm shareholders.”

“I am sure many out there think I am in it for money,” she said. “So let’s be clear. I walked away with nothing more than my unused vacation pay and a bill for lawyer’s fees. I stand to gain nothing from the lawsuit other than peeling back the curtain on what I believe was massive impropriety by Anadarko and some of its highest-ranking executives.”

The SEC requires oil companies to report with reasonable certainty the volume of reserves in wells that are profitable at a price set by the agency the year before. But the rules are murkier when it comes to what those companies are allowed to pitch to investors.

Nearly every investor presentation, earnings call or industry conference kicks off with a 500-word, single-space warning that the upcoming remarks are essentially wishful thinking. It’s called the Safe Harbor statement, a staple of corporate America but especially the energy industry, where a swing in commodity prices can upend even the best-laid plans.

But so-called forward-looking statements don’t cover those that are knowingly false, which both Frye and the group of investors allege was the case with Anadarko.

Just a year before Frye brought her complaint to the SEC, a similar issue was raised at SandRidge Energy Inc. The agency launched an investigation into the matter and has fined SandRidge for violating whistle-blower protections.

Frye said she has no way of knowing whether the SEC will ultimately penalize Anadarko. If it does, she stands to receive compensation for filing the claim. She said she’s not counting on it.

“I always knew that was a long shot,” Frye said. “I still believe I did the right thing.”