Oil Up on Upbeat Aramco and US Virus Easing Signs 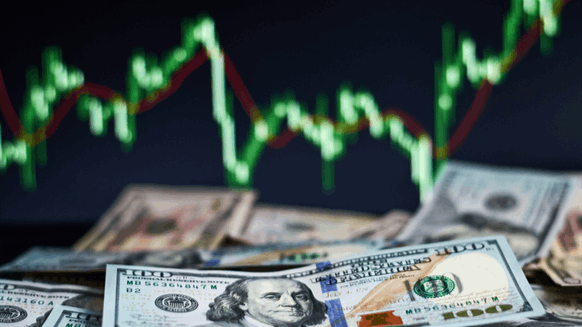 Oil edged higher following the biggest daily advance in a week as Saudi Aramco's upbeat assessment of the crude market and signs the spread of the coronavirus in the U.S. is decelerating aided sentiment.

(Bloomberg) -- Oil edged higher following the biggest daily advance in a week as Saudi Aramco’s upbeat assessment of the crude market and signs the spread of the coronavirus in the U.S. is decelerating aided sentiment.

Futures in New York rose past $42 a barrel after climbing 1.8% Monday. Aramco, the world’s largest oil producer, pressed ahead with a plan to pay $75 billion in dividends this year and said that Asian crude demand was almost back to pre-virus levels. The number of Americans hospitalized due to Covid-19 fell below 50,000 for the first time in a month as a spike in the Sun Belt eased.

Weakness in the dollar has also been aiding oil in recent weeks and there could be further currency-related gains if stimulus negotiations in the U.S. -- which remain deadlocked -- bear fruit. Crude pared gains after rising as much as 1.1% earlier as a gauge of dollar strength jumped.

West Texas Intermediate crude is testing the upper limit of the $40 to $42 a barrel range it’s been in for the past month, with the return of some OPEC+ barrels having little market impact so far. That’s even as the pandemic is still surging or staging a comeback in many parts of the world. In another potential tailwind for oil, analysts are forecasting a drop in American crude stockpiles, which would be the third straight weekly decline.

“Expectations of a continuing U.S. fiscal stimulus have helped gains by creating a further negative outlook for the dollar and a positive outlook for the U.S. oil demand recovery,” said Vandana Hari, founder of Vanda Insights in Singapore. Further gains may be limited ahead as the global consumption recovery appears to have flatlined, she said.

The contango in Brent’s three-month timespread was $1.05 a barrel, compared with 87 cents at the end of the July. The market structure -- where prompt contracts are cheaper than later-dated ones -- is an indication that nervousness over a supply glut is increasing.

While OPEC+ production is starting to return, output from Norway is set to drop by 261,000 barrels a day in September, according to shipping schedules seen by Bloomberg. That would make it the biggest contributor to a decline in shipments by Atlantic Basin producers.

And in a sign demand is starting to recover in the hard-hit jet fuel market, the quantity of commercial flights around the world rose almost 6% in the seven days to Sunday, according to FlightRadar24 data. However, the average number of 67,000 planes in the sky was still below more than 100,000 pre-virus.