Oil Up on Supply Cuts and Demand Recovery 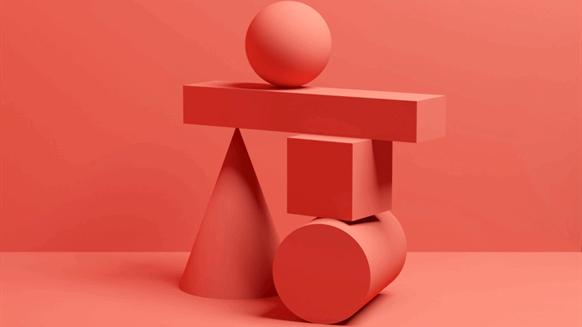 Oil is heading for a third weekly gain on signs the market is slowly rebalancing as major producers cut supply and consumption recovers after a historic collapse in demand due to the coronavirus.

(Bloomberg) -- Oil is heading for a third weekly gain on signs the market is slowly rebalancing as major producers cut supply and consumption recovers after a historic collapse in demand due to the coronavirus.

Futures in New York are up about 14% this week after closing above $27 a barrel on Thursday for the first time in over a month. China’s industrial output increased in April for the first time since the outbreak, signaling economic recovery aided by government stimulus efforts. Meanwhile, Saudi Arabia has slashed supply to its customers in the U.S., Europe and Asia as OPEC and its allies reduce production by almost 10 million barrels a day.

Oil is still down more than 50% this year after a rout that pushed prices below zero and the road back to pre-virus levels of demand looks long and uncertain. OPEC this week presented a bleak assessment of crude markets for the second quarter and the U.S. Federal Reserve warned of a lasting downturn, but efforts to rebalance the market appear to be working.

The outlook for global oil markets has “improved somewhat,” according to the International Energy Agency, while Goldman Sachs Group Inc. and BP Plc see gasoline use rising. OPEC+ has cut daily exports by almost 6 million barrels during the first 14 days of this month, according to Petro-Logistics.

“Market sentiment has turned cautiously constructive since the end of April and I expect it to remain as such unless there are major setbacks in terms of infection rates,” said Vandana Hari, founder of Vanda Insights in Singapore. Demand expectations will remain “fragile with a nervous eye on how economies fare in reopening,” she said.

Industrial output in China rose 3.9% from a year earlier, reversing a drop of 1.1% in March, data showed Friday. In spite of the improvement, the Chinese economy “hasn’t returned to normal level,” said Liu Aihua, a spokeswoman for the National Bureau of Statistics.

Global oil production is on track for a historic decline this month to the lowest level in nine years, according to a monthly report from the IEA on Thursday. The agency boosted its 2020 demand estimate by 700,000 barrels a day, but it still remains set for an annual plunge of 8.6 million a day, or about 9%.

The market recovery remains fragile. Over 30 tankers laden with Saudi Arabian oil are set to reach the U.S. in May and June, according to ship-tracking data compiled by Bloomberg, putting fresh pressure on storage just as a glut in America shows signs of easing.

John Hunt  |  May 15, 2020
In the oil and gas land services sector, we still see reduced land activity from Jimar Resources Corporation, in the major basins such as the Permian, the Haynesville, the Bakken and Williston.